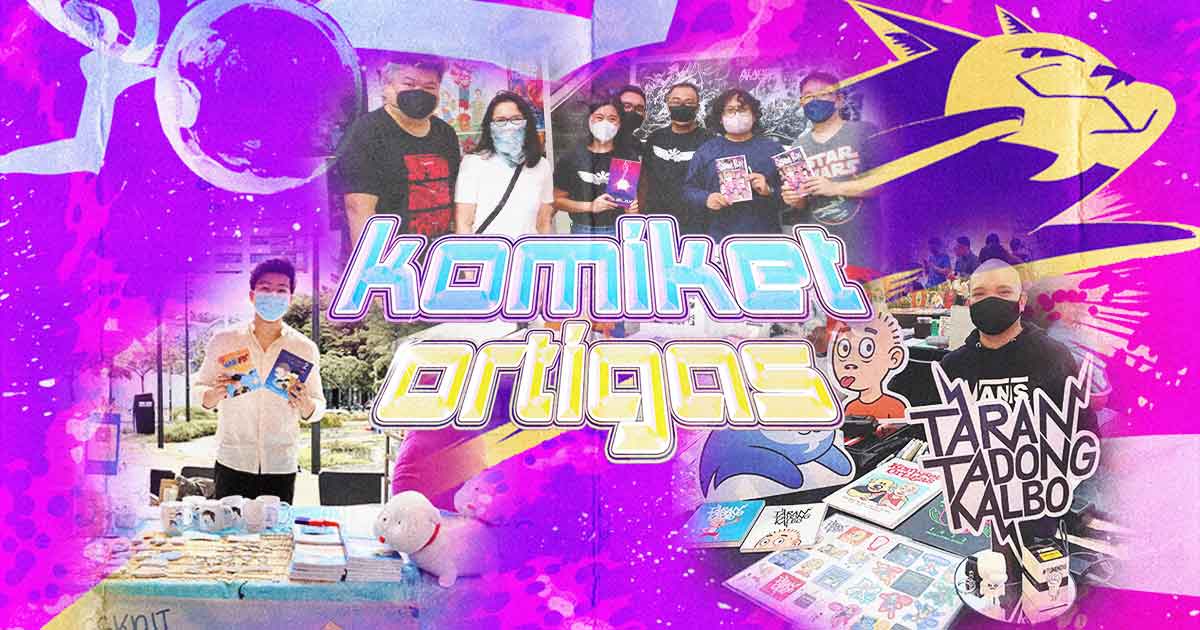 The two-day event was a celebration of the scene and those who keep it alive.

On June 10-12, KOMIKET gathered comics aficionados and creators in Ortigas, Pasig City. The komiks organization held its annual comic book market at the Ayala 30th Mall. Some prominent scene figures were present at KOMIKET 2022. Pol Medina of Pugad Baboy fame, Tarantadong Kalbo, and Lyndon Gregorio were all there.

When we asked Beerkada creator Gregorio for his thoughts on the scene, he was optimistic. “A lot of things are back. Komiks are back,” he told FreebieMNL. He added that the scene’s resurgence is due to the fact that the pandemic seems to be dying down at last.

Apart from comic books and zines, merch, other artworks, and stickers were also sold at the venue. Some artists used KOMIKET 2022 to their advantage. They dropped their new creations at the perfect time, while it was in full swing. That’s what Dan Geronimo and David Sysing did with Wonder Boarders.

Also, if you missed out on the fun comic market in Ortigas, prepare your wallets for two more events this year. KOMIKET’s Facebook page says they will hold a two-day event in October. This event will take place at Elements, Centris on October 29 and 30.

They will also hold “Paskomiket” in December. Their Christmas event will take place at SM Megamall’s Megatrade Hall-2 on December 3 and 4.

KOMIKET is different from Komikon. The latter is a convention, while the former is a non-profit organization. KOMIKET’s focus is on promoting the local komiks market. They spend a lot of time organizing comic book workshops. They also publish the official selection of the Philippine International Comics Festival.

If you want to organize a komiks event, contact them on social media. You can also visit their SecretHQ. Its location isn’t so secret; it’s located at 5F E&M Building, Dona Carmen St., Poblacion, Makati City.

For more komiks news, you can also visit their official website.