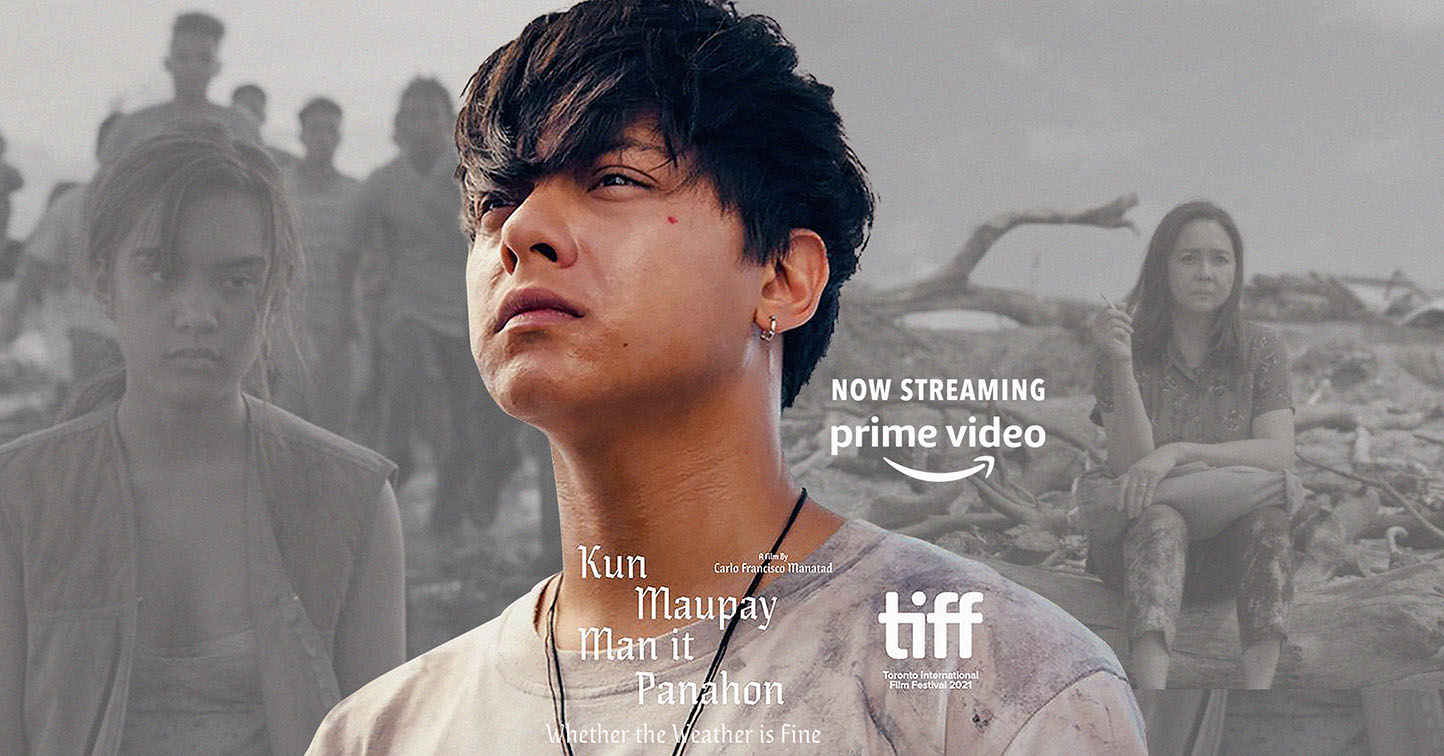 Kun Maupay Man It Panahon is one of the newest additions to Prime Video’s lineup. The movie joins other award-winning movies and series. The streaming service is home to Lord of the Rings: The Rings of Power, The Boys, and The Marvelous Mrs. Maisel, among others.

“It is an honor to have our film be part of Prime Video’s first batch of content. To me, it’s a great achievement. It widens the film’s reach to audiences in the Philippines and Southeast Asia,” says Manatad.

Those with Prime Video subscriptions can watch Kun Maupay Man It Panahon anywhere and anytime on the Prime Video app. It’s available for Apple TV, Fire devices, smart TVs, and other mobile devices.

App users can download the movie and watch it at their convenience. They won’t have to pay an additional fee. Prime Video is available in the Philippines for just P149/month.

About ‘Kun Maupay Man It Panahon’

This movie is director Manatad’s feature film debut, and he has also won an award for it. It took a village to mount this project which has been years in the making. ANIMA Studios, KROMA Entertainment’s film production unit, partnered with other major film studios to produce it. ANIMA’s partners included studios from France, Germany, Indonesia, Singapore, and the Philippines.

The movie highlights how “Filipino resilience” is conflated as weathering personal storms when one has nothing left but the will to survive. It traces the journey of a mother and her son dealing with destruction, loss, and the dwindling hope of finding a new home. It stars Charo Santos-Concio, Daniel Padilla, and Rans Rifol.

Furthermore, the movie has gained momentum with screenings all over Southeast Asia, including one at the Malaysia Golden Global Awards. Cinematographer Teck Siang Lim won the Best Cinematography Award. Rans Rifol earned a nomination for Best Supporting Actress, and the movie was also in the running for Best Film.