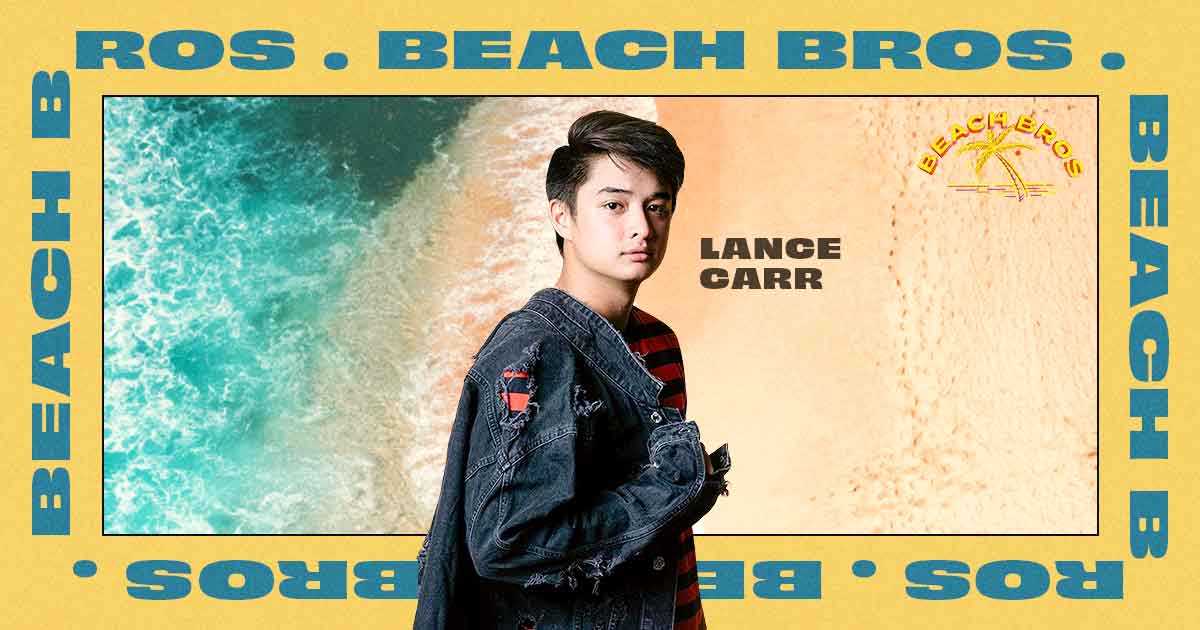 The reality show star hopes to finally make it big this year.

Lance Carr got his start as a housemate on Pinoy Big Brother Otso in 2019. But his career didn’t blow up early on. Oh, he got acting gigs, but most of them were supporting roles. Meanwhile, some of his peers landed high-profile projects that made them household names.

At one point, he felt left behind by his fellow ex-housemates. But he says he didn’t let that bring him down for too long. Instead, he used it to fuel his desire to become a better actor. Lance did all he could to grow, including signing on to appear in a BL (Boys’ Love) show.

“Tuwing may dadating na opportunity, I made the most out of it,” he says. “Inisip ko na kapag ginalingan ko, gagaling at sisikat din ako.”

His hard work and patience might finally pay off this year. His new show, the iWantTFC Original Series Beach Bros, started airing last week. Lance plays Billy Alon, who he describes as a mischievous yet kindhearted boy.

How he prepared for ‘Beach Bros’

When preparing for this show, Lance had to train his body as well as his mind. Aside from brushing up on his acting skills, he needed to lose some weight.

Lance had a month to get into shape. He poured everything he had and then some into his fitness regimen. Aside from working out, he went on a vegetarian diet, which paid off. Lance lost twenty pounds, which gave him the confidence to go shirtless on the show.

He hopes Beach Bros will make a splash so he can get more projects. Lance wants to follow in the footsteps of his idol, Gerald Anderson. Both of them played high school basketball and joined showbiz by way of Pinoy Big Brother. Lance also has a minor role in A Family Affair, a teleserye starring Gerald and Ivana Alawi.

Gerald is also known for being something of a ladies’ man. When asked if he’s as romantic as his idol, Lance blushed. “Makikita niyo siguro sa Beach Bros,” he says, somewhat shyly.

Unlike Gerald, who has been happily dating Julia Barretto for some time now, Lance is single. “I got out of a relationship earlier this year,” he reveals. “Hindi kami nagkakaintindihan nung ex ko pagdating sa work. So iniisip ko ngayon, ‘What if I date a girl na taga-showbiz din?’ Kasi feeling ko less yung overthinking and pagseselos kasi pareho kami ng trabaho. Pero we’ll see.”

For now, Lance Carr has his sights set on making 2022 a banner year for his showbiz career. Good luck, Lance!