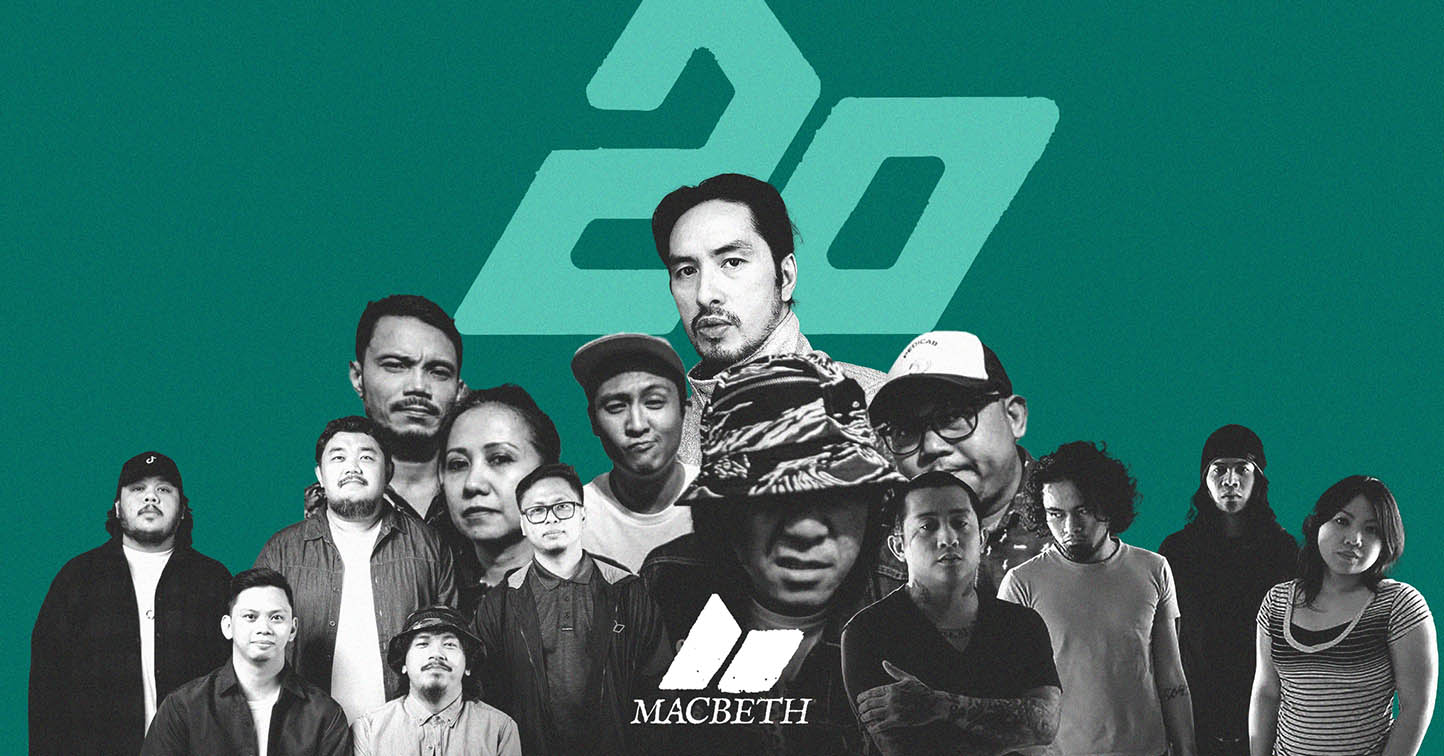 A fashion show and concert marked over two decades of success.

Macbeth had a blast marking its 20th year globally (a decade in the Philippines). It held Macbeth Music Festival: The 20th Anniversary Show last October 8 at the Metrotent Convention Center in Pasig City.

The lineup of performers featured over 20 mainstream and underground bands. Apart from this sweet treat, the brand also showcased its products with a little fashion show. FreebieMNL was an official media partner of the event.

The one-day event had two connecting stages that formed a runaway. All-female band Rouge kicked off the show. They were followed by Divina, Imbue No Kudos, Lilith, Shotgun Combo, and Written By the Stars. CHNDTR, Even, Faspitch, Fragments, Even, Snakefight, and Sucketseven were also present to play headbanging music for the attendees.

Mayonnaise and Soapdish also played a nostalgic set. The iconic Sandwich followed them.

Macbeth put on a fashion show. It featured the new collections launched at its first Fashion Show Concert event during Philippine Fashion Week: its Denim, Rock, and 20th Anniversary Collections.

While 30 models were working the runway, Macbeth All-Stars and Superbands added spice by playing punk rock staples like “In Too Deep” by Sum 41 and “Know Your Enemy” by Green Day.

The All-Stars also covered “Swing Swing” by The All-American Rejects, and “That’s What You Get” by Paramore. More performances by Chelsea Alley, Rico Blanco, and Urbandub followed.

Besides the gig and fashion show, the organizers invited its partner Ducati. They also invited guests Jay Taruc (Newscaster OnePH and Ride PH Host), Norman Agojo, and TJ Alberto (Access Plus Racing/Ducati). A few members of the press were also invited for mini presscons.

There were many people behind this event. First up is Mr. Harold Solomon, the CEO of REC-Rakista. He’s the mastermind of the biggest OPM rock concert in the Philippines, the “Rakrakan Festival.” The REC-Rakista team put together this event. It was directed by Mr. Benjie Estanislao of the Chongkeys and headed by the Marketing Manager of Macbeth, Ms. Rhome Yu.