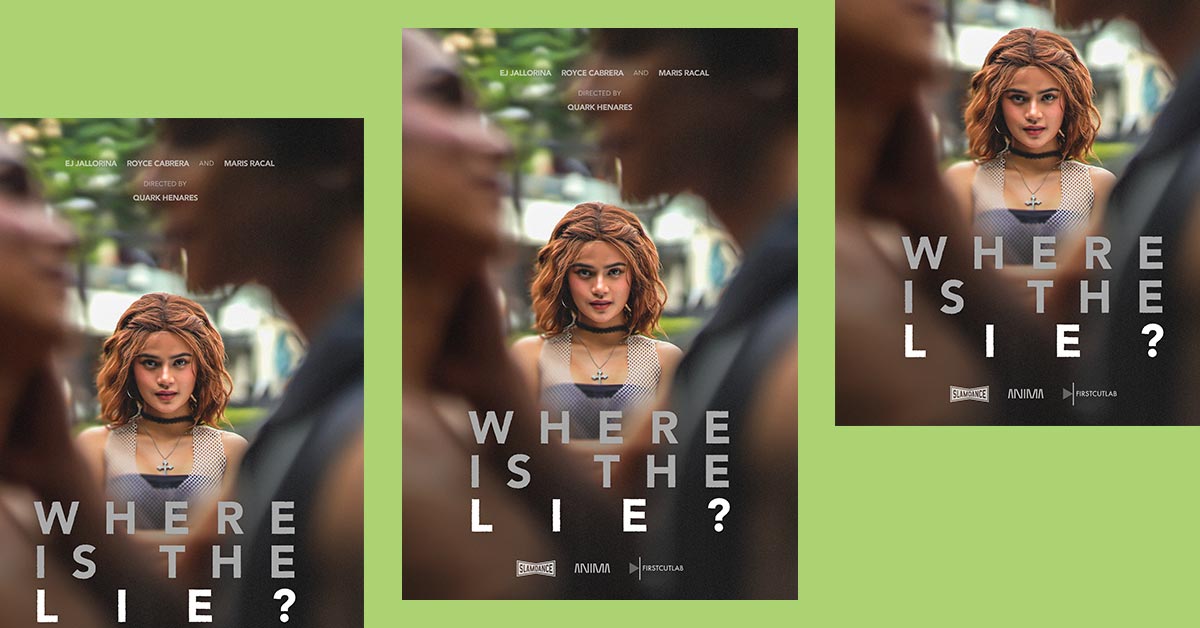 ANIMA’s “Marupok AF (Where Is The Lie?)” to Compete at Slamdance Film Festival

ANIMA Studios’ “Marupok AF (Where Is The Lie?)” will compete at the Slamdance Film Festival!

It will have its world premiere on Sunday, January 22, 2023, at the Treasure Mountain Inn Ballroom, USA.

Filmmaker and former Globe Studios (now ANIMA) head Quark Henares returns to directing in the movie scene through “Marupok AF (Where Is The Lie?)” with EJ Jallorina, Maris Racal, and Royce Cabrera in the lead.

The story behind “Marupok AF (Where Is The Lie?)”

“Marupok AF (Where Is The Lie?)” is based on a true story, though changed for dramatic purposes. A social media incident in the pandemic inspired the film, where a transwoman started a long thread about her experience being catfished.

The movie is a dark comedy told from three different perspectives. It follows the story of Janzen Torres (Jallorina), a hopeless romantic who finds another chance at love after matching with Theo Balmaceda (Cabrera). The handsome Theo seems to be the perfect guy until he ghosts Janzen, which leads her to an intricate web of lies, deceit, and catfishing.

Apparently, it was all orchestrated by the sociopathic mastermind, Beanie Landridos (Racal).

Henares shares about the good news, “I am beyond thrilled that ‘Marupok AF (Where Is The Lie?)’ is part of the Breakouts section of Slamdance.” He adds, “When I got the news that it was going to Slamdance, I was in a crowded movie theater with Liza Diño. We started screaming like fools.”

Henares is an award-winning film, television, and digital content creator. He has directed and written six feature films and hundreds of commercials and music videos.

Henares directed the movies “Rakenrol” (2011) and the thriller “Keka” (2003). Variety magazine reviewed “Keka” as “a refreshing change of pace for Philippine Cinema.” American film director Quentin Tarantino also called the movie “a hell of a lot of fun.”

Henares is also the former head of Globe Studios—now ANIMA Studios. He was the executive producer for Lav Diaz’s “Season of the Devil,” Erik Matti’s “On The Job,” and Independent Spirit nominee “Leonor Will Never Die.”

The current ANIMA Studios head and the film’s executive producer, Bianca Balbuena, says that telling this story was “very important.” She explains: “The LGBTQIA+ community is constantly bullied in the Philippines, and it was inspiring to see this story of everyone coming to protect the original victim unfold in real time.”

“Kun Maupay It Panahon” and “Leonor Will Never Die,” which are both included in NME’s 10 Best Asian Films of 2022, are some of ANIMA Studios’ recent productions.