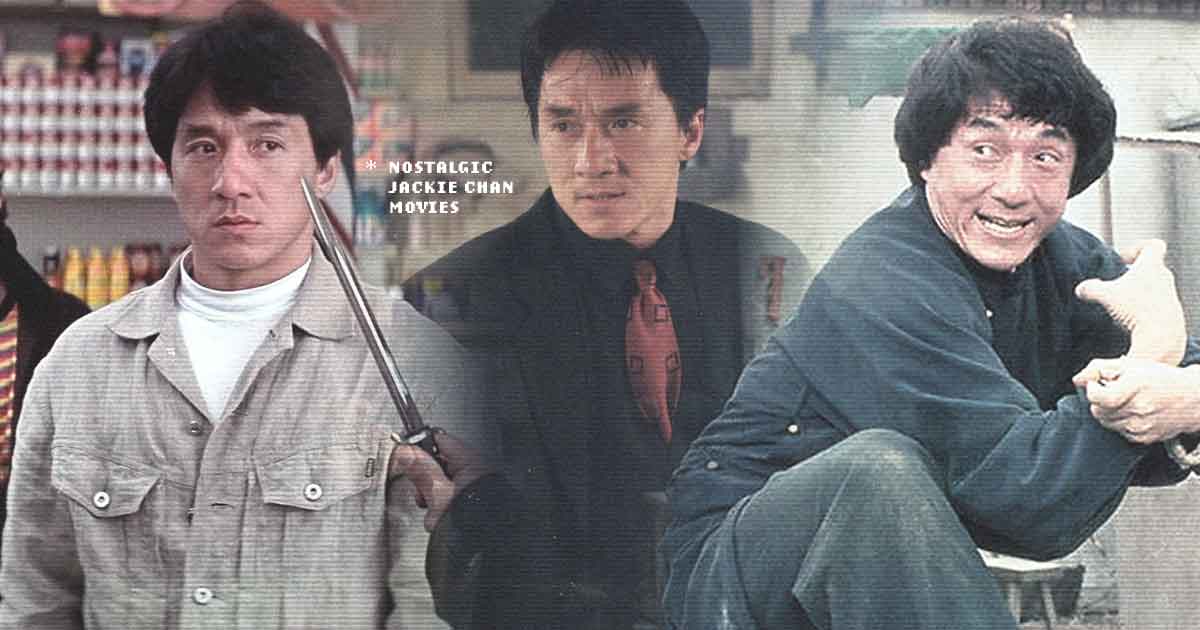 If you think you know Jackie Chan now, think again!

Many young fans of the beloved action star unfortunately missed his golden age in film, but we’re here to remind you why he got so famous in the first place. Check out this list of nostalgic Jackie Chan films to relive all his kung-fu glory.

As the film that marked the beginning of Jackie Chan’s mainstream success, Drunken Master has rightly earned its place as one of the best kung-fu movies of all time. In the movie, we see Chan play the part of a young troublemaker sent to learn a special martial arts form from a notorious kung-fu master. Like no other film before, Drunken Master helped to popularize the martial arts style of the drunken fist, paving the way for a number of sequels, spin-offs, and imitations.

Project A is another Hong Kong martial arts film chock-full of now-classic Jackie Chan stunts; it follows a righteous marine cadet’s quest to protect his country from pirates and syndicates in 19th century Hong Kong. Chan both directed and starred in this action-comedy, earning him a Best Actor nomination at the 4th Hong Kong Film Awards.

The first Police Story was the beginning of a legendary film franchise. In this film, Chan plays an honest Hong Kong cop on a quest to clear his name after the murder of a dirty cop. Filled with bold and dangerous stunts, Police Story certainly set a precedent for action movies to come. It was followed by six more sequels and was lauded for its complicated action scenes.

The film that catapulted Jackie Chan into the Western movie market, Rumble in the Bronx was a certified 90s hit. It revolves around Hong Kong cop Ma Hon Keung and his quest to bring down an evil crime syndicate in the dangerous boroughs of New York. The film earned an easy $76 million worldwide, making it one of the most profitable films at the time.

Rush Hour is the cop-buddy film of all cop-buddy films! In this high-flying comedy, Chan and Chris Tucker pair up as polar opposite detectives on a mission to save a Chinese diplomat’s kidnapped daughter. Rush Hour was a huge hit, cementing the Hong Kong native’s place in Hollywood and spawning two more sequels. (Fun fact: the review-aggregation site Rotten Tomatoes was created because of this movie!)Â