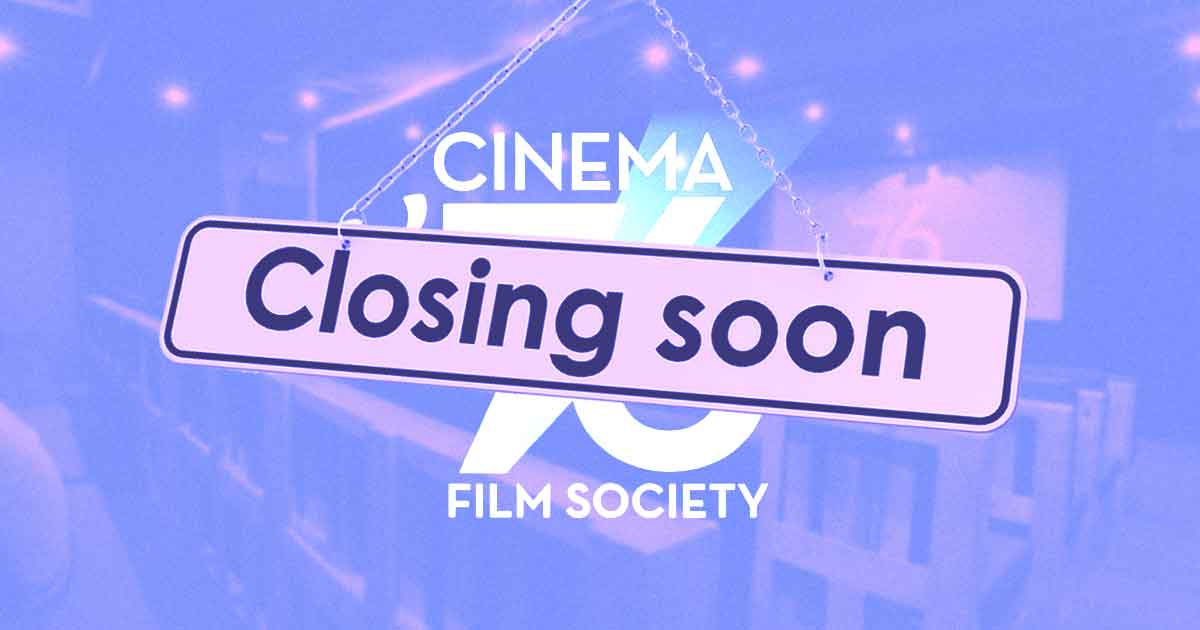 It’s a sad time to be a cinephile.

Another beloved establishment bites the dust as Cinema ’76 Film Society’s original branch in San Juan closes its doors for good this month.

In a heartbreaking announcement on Friday, September 10, Cinema ’76 shared that it will cease operations by the middle of the month. It also recalled its fond roots and ensured that the much-liked micro-cinema where creative souls used to convene would be back stronger than ever.

“Cinema ’76 Film Society San Juan is officially closing its doors on Sept. 15, 2021. Our first micro-cinema branch, which opened in 2016, became a haven for filmmakers, producers, and film fans looking for a home,” said the management, who also featured some fond moments that took place within its walls.

Despite the closure, Cinema ’76 reminded its faithful movie-goers that their Anonas branch in Quezon City, where they opened up a retro-themed cafÃ© just last June, “will continue to serve movie fans looking for a home” but only “once the world is ready.” Their digital platform Cinema ‘[email protected], which TBA Studios launched last November, will continue to stream movies.

Cinema ’76 Film Society’s spot in San Juan is the latest casualty in a slew of creative hubs that had to close down during the pandemic. Within just a span of a month, art connoisseurs had to bid farewell to both Common Room in Katipunan, which closed last July, and Pineapple Lab in Poblacion, which tapped out just last August. Frequent gig-goers and local music aficionados bid adieu to Route 196 in August last year.