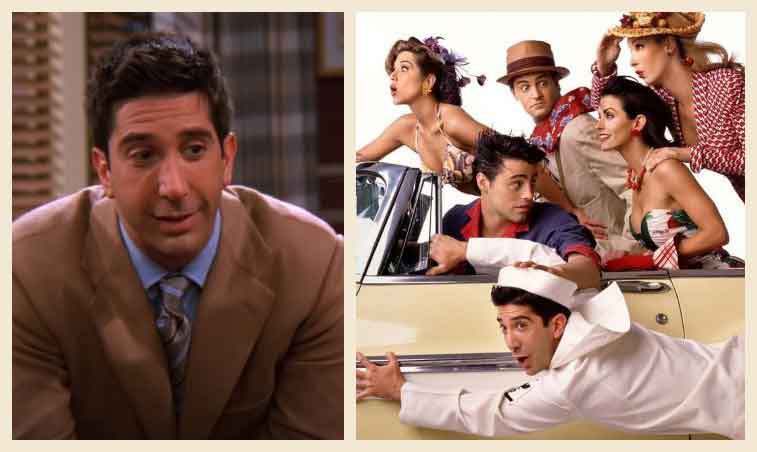 Before David Schwimmer landed his role as Ross Geller on the iconic sitcom “Friends,” he was able to explore his interests, which includes both science and acting.

Just like his character on “Friends,” he considers himself a “big science geek.” But instead of being a paleontologist like Ross, David wanted to study medicine and become a surgeon.

In an interview with The Guardian, he said, “I was fascinated by the human body: I knew everything about the lymphatic, the vascular and the skeletal systems. I was a big science geek.”

“But I found that I could talk to more girls in acting class than in the science lab. So that kind of derailed my medical career.”

After deciding to focus on acting, David studied theater and speech at Northwestern University in Chicago and also attended a summer program at Oxford University in England.

“The summer after my freshman year, I got into a summer programme at Oxford University called the British American Drama Academy. I got to work with Rosemary Harris on Shakespeare and Brian Cox on Chekhov,” he said.

And while he was there, he even attended clown school. “There was also a clown course that just spoke to me. So I went to clown school, too.”

During his free time as a student, David worked and had some “really crappy summer jobs.” He worked at an ice cream shop, a copy machine place, and a restaurant. For one summer, he roller skated his way across a restaurant to earn extra money.

“I was a roller-skating waiter in Chicago for a summer. You make your real money by doing stunts,” he said.

“Everyone gets their burgers and fries, then you say: ‘Hey, you want me to jump over your kids for five bucks?’ They’d have their kids lie on the ground and I’d just jump over them at 30mph.”

In a 2016 interview with the New York Post, he shared that he has worked a total of seven years for restaurants: one year from his summer job as a roller-skating waiter in Chicago, and six more years after graduating and going back to Los Angeles.

“I waited tables, first in Chicago–I was a roller-skating waiter at Ed Debevic’s–and pretty much opened every Daily Grill restaurant in LA over a six-year period,” he said.

“I’d get little [acting] gigs–recurring roles on ‘The Wonder Years’ and ‘NYPD Blue’–but you never make enough money where you can quit waiting tables.”

After saying goodbye to his doctor dreams, working various summer jobs, graduating from college, and waiting tables while having acting gigs, his life-changing role in a show that is still loved by millions of people today finally came. In 1994, he was cast as Ross Geller in “Friends,” and the rest is history.