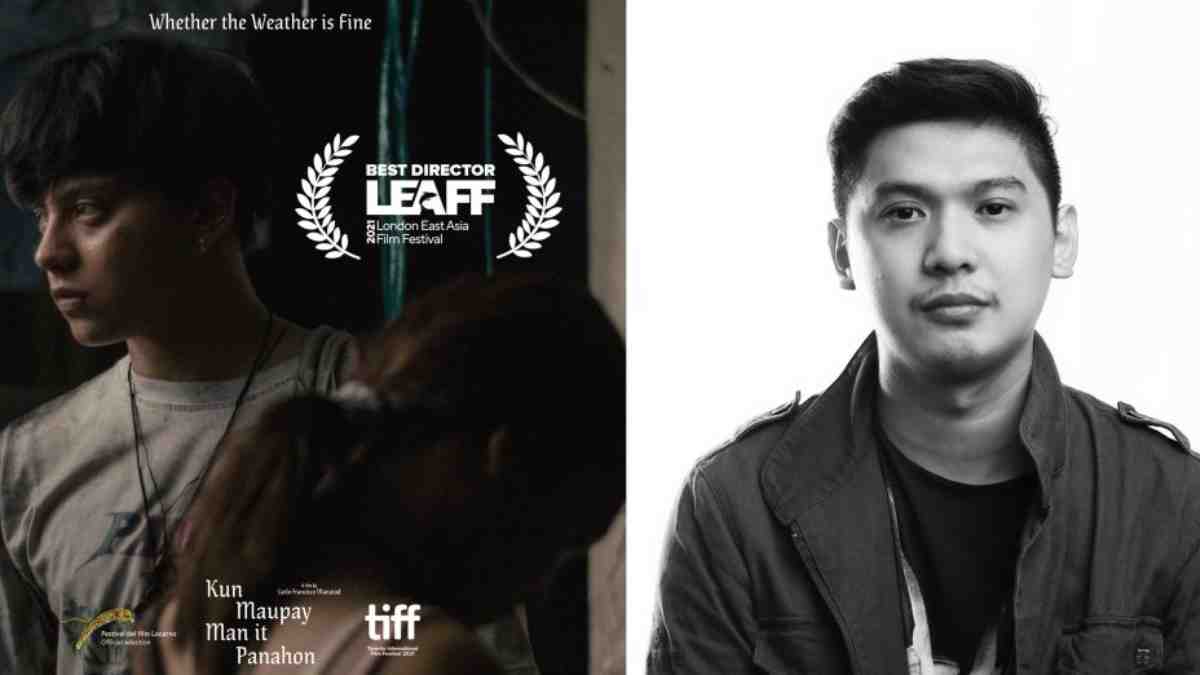 What a year it has been for Filipino films! After Erik Matti’s critically acclaimed On The Job earned a historic Volpi Cup for John Arcilla’s performance and Vincent Soberano’s Circle of Bones clinches a landmark international theatrical release, in comes the news that Kun Maupay Man It Panahon (Whether the Weather is Fine) director Carlos Francisco Manatad has just bagged the Best Director award at this year’s London East Asia Film Festival (LEAFF).

The LEAFF jury commended the film for its “blend of the fantastical with the painfully true, and the delicate with the epic” and Manatad for “his extraordinary accomplished debut feature, one to which he has a deep personal connection.”

This latest accomplishment adds to the film’s long list of accolades which already includes the prestigious Cinema e Gioventù Prize bestowed during its first international screening at the 74th Locarno Film Festival in Switzerland last August.

Set during the aftermath of the devastating Yolanda super-typhoon, Kun Maupay Man It Panahon follows the struggles for survival of a mother and a son who is forced to deal with destruction, loss, and the dwindling hope of finding a new home. The film stars Charo Santos-Concio, Daniel Padilla, and up-and-coming actor Rans Rifol.