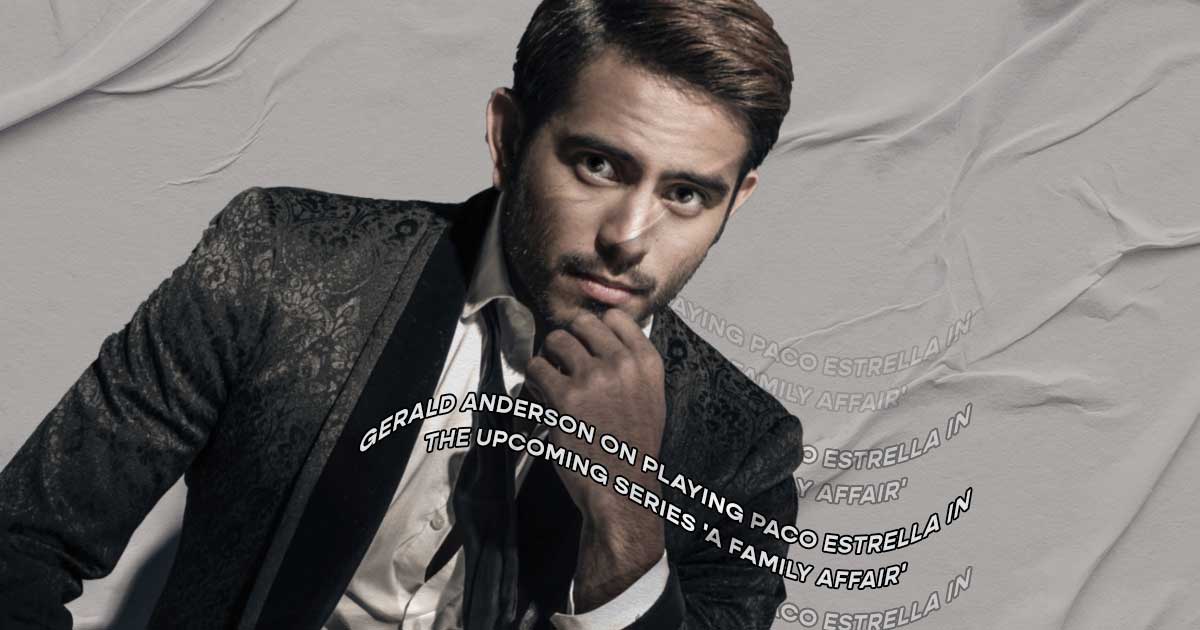 The controversial star says this role is his most challenging one to date.

Gerald Anderson has had a colorful love life, especially lately. But he channeled everything he went through into his work. In ABS-CBN’s upcoming series A Family Affair, he plays a character named Paco Estrella. Anderson says this role was tougher than any he’d played before.

The show revolves around two of the four Estrella brothers, Paco and Dave (Sam Milby). It focuses on their relationship with Cherry Red (Ivana Alawi). At first, they treat her like a sister, but they end up falling in love with her. Cherry Red gets engaged to Paco, even if Dave is her first love.

Asked how “palaban” he is in real life given that his character is like that, Anderson says they’re a lot alike. “Parehas kami ni Paco. When challenges come, nagiging ganado kami lampasan sila. May konting Gerald sa bawat performance ko. There’s always a piece of me in every character I play.”

A Family Affair is a mysterious, steamy drama that will capture the heart of viewers anew. It will send them on a journey following these characters through love, lies, and more.

Gerald Anderson on his co-stars

On-set camaraderie is very important to Anderson. He lit up when talking about his relationships with his on-screen brothers. Aside from Milby’s character, there’s Jake Ejercito’s Seb and Jameson Blake’s Drew. He hopes the bonds they formed off-cam will translate to powerful acting.

As for Alawi, Anderson treats her like one of the boys. In fact, in a separate interview, Alawi was all praises for the way he took care of her. The show has many steamy scenes, so Anderson took it upon himself to make Alawi comfortable with them. He committed to helping the YouTube star transition to soap opera acting.

A Family Affair will premiere on the iWantTFC app 48 hours before its TV broadcast. Viewers can check it out as early as June 25. On June 27, it will debut via A2Z, Jeepney TV, Kapamilya Channel, Kapamilya Online Live, TV5 and TFC IPTV. It is directed by Jerome Pobocan and Raymond Ocampo and stars Edu Manzano, among others.