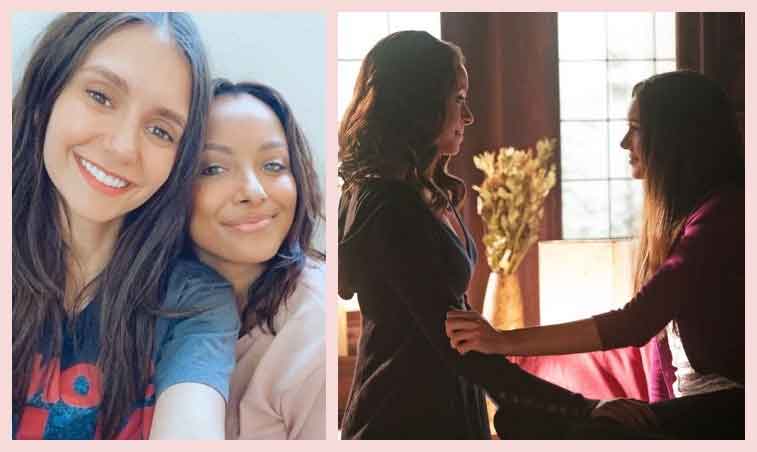 “The Vampire Diaries” stars Kat Graham and Nina Dobrev reunited recently and “broke the internet,” as Nina put it.

The two met up and documented their day via Instagram, exciting fans of their supernatural drama series with their surprise reunion. “So I was sitting here on a Sunday, just chilling, and I thought to myself, ‘Can I break the internet?’ And then I thought, ‘Yes, I think I can break the internet,'” Nina said in an Instagram Stories video.

She then revealed that she was with Kat, who played her on-screen best friend Bonnie in “The Vampire Diaries.”

Both Nina and Kat posted photos from their “surprise Sunday funday,” showing that they’re still friends even after we’ve seen the last of Elena and Bonnie when the series ended in 2017.

“I saw this quote hanging on Nina’s wall at home and it says ‘friendship isn’t just one big thing, it’s a million little things.’ Here’s to many more little things. To many more laughs, to taking chances, and always fighting for what’s right… Love you Nina. I am so deeply grateful for you in my life,” Kat posted.

Their reunion may have made some fans think that a series revival is in the works, but Kat said right away that it’s not happening.

“We’ve just always been friends. I don’t think Nina and I are interested in that, [a reboot], but I think our friendship will be forever,” Kat said in an interview with TMZ.

“The stuff that they saw on screen and the friendship and the love that I have for her is real. I think that’s all people need to know.”

When the show ended in 2017, Ian Somerhalder and Paul Wesley also said that they’re saying goodbye to the show for good. During a press screening, Paul said, “I think I’m closing the chapter.”

Meanwhile, Ian said that even without a revival, the show is “never going to die” since people could just always re-watch it again and again. “I think it’s good to close this chapter. There’s something beautiful about closure,” he said.

Kat said that Nina has always been a supportive friend to her ever since they started working together in the show. “Some things end, but some friendships will be forever and she’s a really great person. And she’s really strong and she always really had my back on that show and I needed a lot of support sometimes.”

She added that Nina cared not just for her, but for other people on their set as well. “So she really was there for me in every aspect of that, which I’m sure people can figure that out… She really had the back of me and the other women on that show.”

So there we have it–even though Elena and Bonnie of “The Vampire Diaries” are not coming back, Nina and Kat’s real-life friendship is forever!