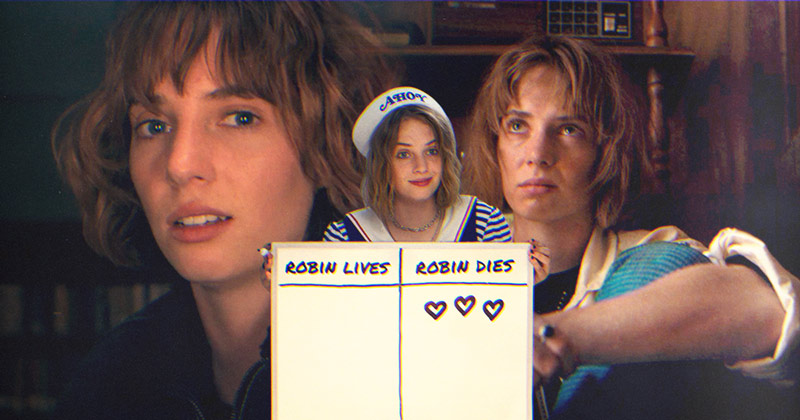 Maya Hawke is all for the deaths that may come in Stranger Things season five. Yes, no matter how heartbreaking they may be. She said she’d love for her character, Robin Buckley, to die in the franchise’s final season.

“Well, it’s the last season, so people might die,” Maya said in a recent interview.

She emphasized wanting to have her own “hero’s moment,” like Eddie Munson. “I’d love to die with honor, as any actor would,” Maya explains.

Millie Bobby Brown (Eleven) recently asked the Duffer Brothers to kill more characters. Brown even joked that the Duffers are “two sensitive Sallies that don’t want to kill anyone off.” This followed their decision to bring Jim Hopper back in Season 4.

Yet, Hawke has a different take on the matter.

“I love the way that the Duffer Brothers love their actors. They write so beautifully for me and everyone else. They fall in love with their actors and characters and don’t want to kill them. I think that’s a beautiful quality they have, and I wouldn’t wish it away.” The actress shares.

While Hawke is all for Robin’s significant heroic death, she said she’s open to doing a spin-off series. One that’ll feature Robin and Steve Harrington.

“I wouldn’t usually be a proponent of a spin-off, but if I got to do it with Joe Keery, I would do anything,” Maya Hawke said. “He’s so funny and wonderful and smart, and he’s got great boundaries. He’s an excellent coworker, and I would do anything with him.”

With Season 5 being about a year away, we can only hope for the best for our fave characters. But for now, all we can do is wait and stream all four seasons of Stranger Things on Netflix.