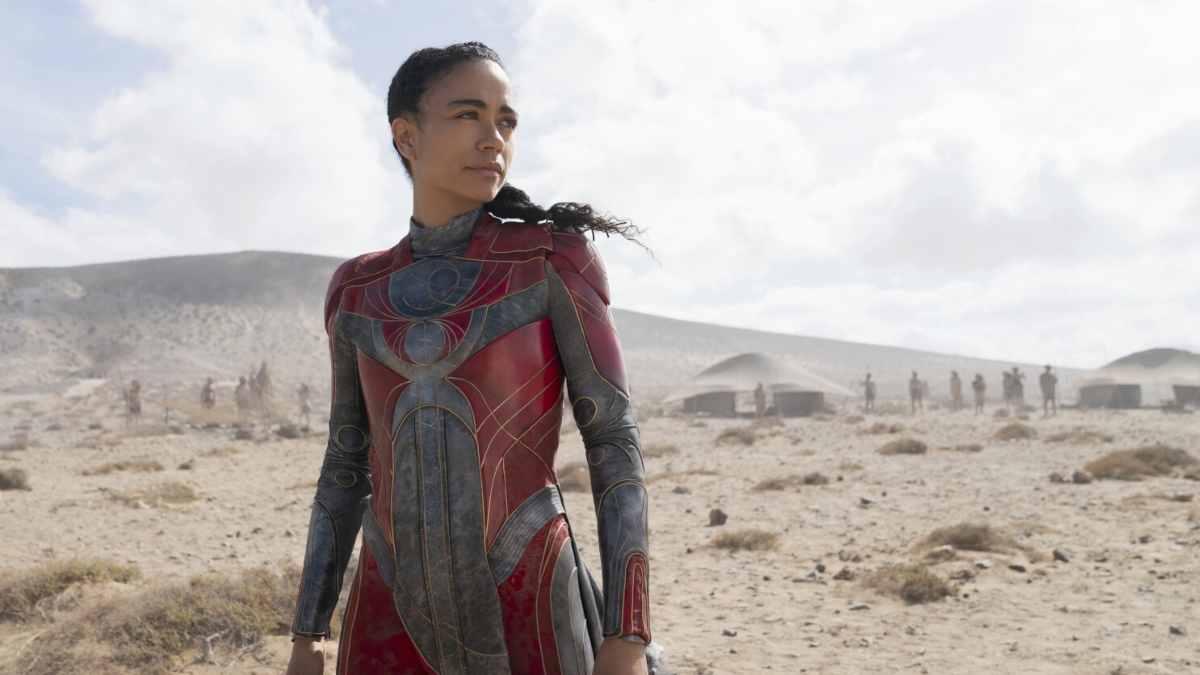 More people are now looking to learn sign language, thanks to “Eternals.”

Audiences may have torn opinions on Marvel’s Eternals, but it has at least yielded one good thing: a rise in people eager to educate themselves about sign language.

Makkari, the MCU’s first deaf superhero played by Lauren Ridloff, has apparently inspired viewers to visit websites that teach sign language. According to the independent tutoring website Preply, there has been a 250% increase in Google searches for the term “learn sign language for beginners” in the past year, per Independent.

In addition, searches for Ridloff have increased fivefold just this month, while the search query “first deaf superhero” has doubled since November last year, which was when Eternals was originally scheduled to come out.

Ridloff, who was born deaf to hearing parents, communicates with her fellow cast members through sign language. In the film, Ridloff’s Makkari wields superpowers that include superhuman speed, strength, and reflexes.

Speaking to New York Times about the impact of role in Eternals, Ridloff said: “It means my two boys, who are also deaf, will grow up in a world where there are superheroes who are deaf. It means they’ll be able to dream a bit more wildly.”

Ridloff’s deaf representation is just one of the many major milestones that the Marvel film achieved. Not only did it debut the first-ever deaf superhero on screen, but it also featured the franchise’s first-ever sex scene between Richard Madden’s Ikaris and Gemma Chan’s Sersi, as well as its first-ever LGBTQ kiss between Bryan Tee Henry’s Phastos, who is also the first openly gay superhero in a Marvel movie, and his husband, played by Haaz Sleiman.

Eternals, which hit theaters last November 4, has left viewers divided, posting a poor 65% audience rating on Rotten Tomatoes — the lowest of any Marvel movie — during its first week of release.

With that being said, Eternals still made an estimated $161.7 million at the worldwide box office in its opening weekend, putting the Marvel movie in second place n the list of biggest opening weekends in 2021, just behind F9.

Eternals will premiere in Philippine cinemas on December 1.