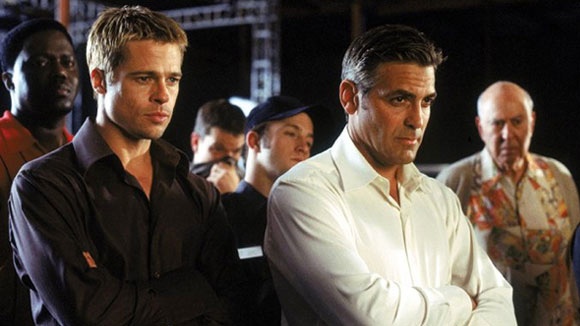 Remakes have undoubtedly gotten bad raps over the years for being unoriginal and “lazy.” And we’ll admit, some of them don’t do the originals justice.

But rest assured, there are actually good remakes out there worth watching. If you’ve got the extra time this week, consider watching remakes of these classic stories.

The original Ocean’s Eleven starred the most famous entertainers of the 1960s — Frank Sinatra, Dean Martin, Sammy Davis Jr., Peter Lawford, and Joey Bishop, otherwise known as the “Rat Pack.” This 2001 remake sought to do the same by casting Hollywood favorites like George Clooney, Brad Pitt, Matt Damon, and Julia Roberts in a heist film franchise that dominated the decade.

Remade from the 1998 Japanese original, Ring, which was also based on the 1991 novel of the same name, this American version of Ring had moviegoers shaking in their boots. The horror film, which revolved around a cursed videotape and a vengeful ghost, opened up the way for other Japanese horror films to be remade in Western media.

Stephen King’s 1986 novel, It, went through its first adaptation in the form of a 1990 miniseries, and featured the first look at the iconic evil clown, Pennywise. In 2017, the concept was developed into a chilling horror film that spawned one more sequel and a long line of critical praise.

Notable for Lady Gaga’s first lead role as an actress, A Star Is Born captivated audiences worldwide for its retelling of a well-known, heartbreaking romance between a troubled man and a rising star. The movie is the fourth version of the 1937 original and arguably the most successful, going on to receive eight Oscar nominations and five Golden Globe nominations.

Invasion of the Body Snatchers (1978)

If you haven’t watched this legendary film, watch it now! Invasion of the Body Snatchers was originally released in 1953, and showcased an eerie portrayal of what would happen if aliens began to masquerade around the earth looking exactly like us. The 1978 version has widely been considered to be one of the best remakes of all time, so don’t miss out.