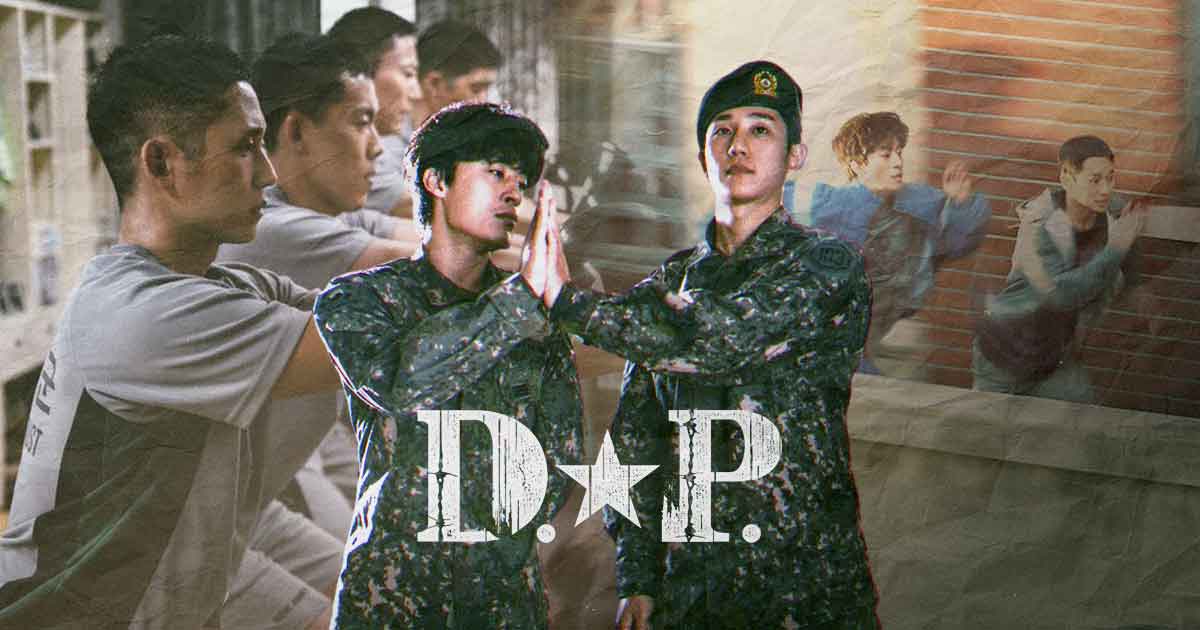 The world may be focused on original Korean television series such as Squid Game and Hellbound on Netflix, but the content giant has a lot of other awesome Korean content for you to binge on. One Korean show worth binging on Netflix is D.P.Â

Touted by The New York Times as one of the Best International Shows of 2021, D.P. is a military drama launched worldwide last August. The story revolves around Deserter Pursuit Unit members An Joon-ho (Jung Hae-in) and Han Ho-yeul (Koo Kyo-hwan) as they come across different stories while tracking down fellow soldiers who have deserted their posts.

The project was based on the webtoon D.P. Dog’s Day by Kim Bo-Tong. What makes this particular show so special is how it brought to light a lot of hidden social issues. It shed light on neglected stories of AWOL soldiers and those who search for them.

With electrifying chemistry between Jung Hae-in and Koo Kyo-hwan and sublime performances from Kim Sung-kyun, Son Suk-ku and the other actors, the characters resonate with viewers across the board regardless of generation and gender. The series is not shy about delivering an incisive social message about absurdities of life and unjust realities that are relevant not only in Korean society but in international contexts.

Since D.P was launched, the show has garnered a lot of praise domestically and internationally. Ready Steady Cut said that “D.P. is dark, gritty, sobering and indicative of the world today. It is one of the finest K-Drama mini-series released this year.” Meanwhile, N.M.E noted that “… uniformly excellent performances, splendid cinematography, addictive pacing and intrepid commitment to shedding light on the appalling culture of bullying in the military make D.P. a compelling six-hour binge.”

The show’s pilot season ended with the lead actor walking in the opposite direction as the other soldiers. The sound of his footsteps breaking out into a run can be heard even after the credits start rolling, leaving viewers wondering where the story will be headed from there.

A few months after the show was released worldwide, Netflix has finally given the show the green light for a second season. Season 2 will pick up where Season 1 left off with director Han Jun-hee reuniting with writer Kim Bo-Tong to co-write and to create another round of episodes that deeply resonate with viewers around the world.

While the show’s sophomore season has no official launch date, for now, you can binge-watch the entire first season exclusively on Netflix. The show is about 6 hours long and is worth every minute spent.