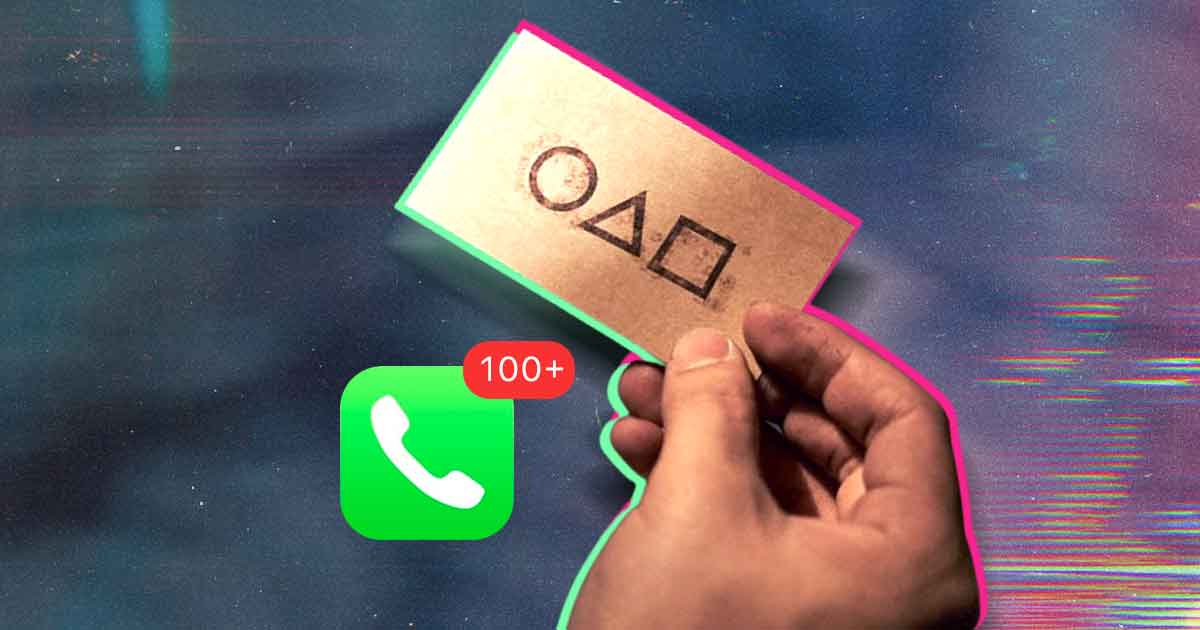 At this point, Netflix’s mega-popular Squid Game isn’t just one of its most-streamed series, reaching the top spot in over 90 countries worldwide on its way to the top — it’s also a phenomenon. From recreating the nerve-wracking honeycomb challenge at home to living out the “red light, green light” experience featuring that creepy doll, we’ve combed every bit of fun out of the bloody thriller series.

It even looks like we’ve taken the fun beyond the show’s promotion and to a level that has frustrated Netflix itself. Remember the invitation card that includes the phone number players have to call to join the games? Apparently, the number isn’t related to the show whatsoever.. What makes things worse is that the number has been flooded with phone calls and messages from pranksters.

Speaking to Money Today, an economic newspaper in South Korea, the owner of the number revealed that they have been getting calls non-stop.

“After Squid Game aired, I have been receiving calls and texts endlessly, 24/7, to the point that it’s hard for me to go on with daily life. This is a number that I’ve been using for more than 10 years, so I’m quite taken aback,” the owner said in a statement per Koreaboo. “There are more than 4000 numbers that I’ve had to delete from my phone [viewers] and it’s [gotten] to the point where due to people reaching out without a sense of day and night due to their curiosity, my phone’s battery is drained and turns off.”

The owner — Kim Gil-young, a business owner residing in Seongju — also revealed a text they received from a snooping sender who provided them with the timely context:

The text read: “There’s a hot drama recently called Squid Game that’s produced by Netflix and in the invitation card there, the eight digits of the phone number [censored] was written. As it was only eight digits, I thought it wouldn’t exist and so I tried calling it but it connected automatically. I thought that of course the production team would’ve taken preventive measures. I’m sorry. The number appears in episode 1 and 2. You can confirm it around the 23:44 mark for the first episode. I’m sorry once more for contacting you late at night.”

To be fair, not all of them were pranksters. According to South China Morning Post, In addition to fake phone calls, the owner of the number has also been contacted by a political candidate who expressed their desire to acquire the contact detail.

“I heard that the owner of the phone number showed on a business card in Squid Game is suffering serious damage from prank calls. I would like to buy the number for 100 million won,” offered Huh Kyung-young, the National Revolutionary Party’s presidential nominee, as posted on Facebook.

Jokes aside, some experts believe that Netflix breached a privacy law that prohibits revealing someone’s personal information such as their phone number without consent.

While both Netflix and Siren Pictures, the production team behind “Squid Game,” has yet to acknowledge this, a representative of the streaming platform said on Wednesday that they would resolve the issue of prank calls by editing out the number from scenes where it is featured.

“Together with the production company, we are working to resolve this matter, including editing scenes with phone numbers where necessary,” said Netflix, while pleading to fans to stop prank-calling the number.