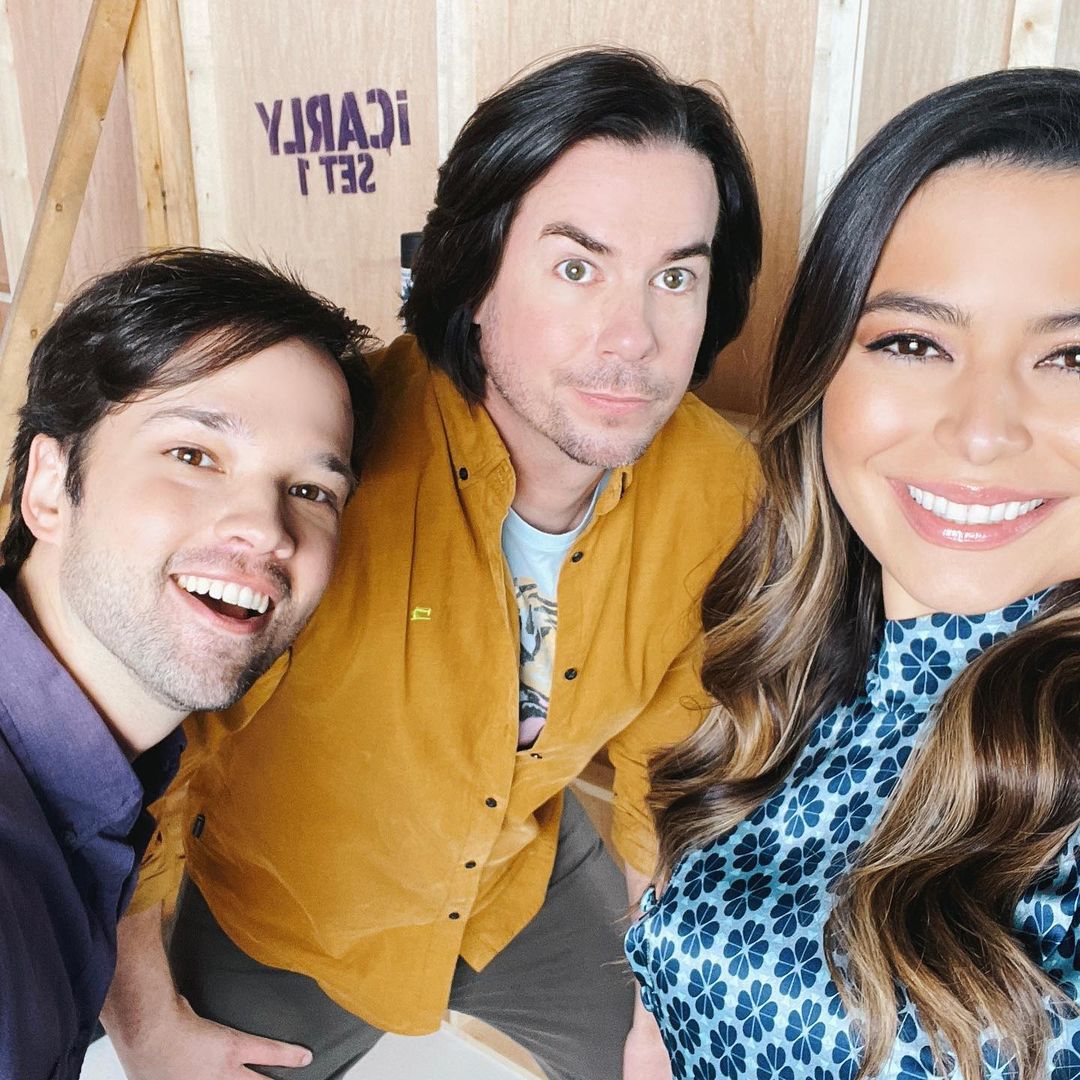 They’ve definitely woken up the members of our nation with this selfie! Miranda Cosgrove, Nathan Kress, and Jerry Trainor all posted a group selfie on Instagram, telling us that the iCarly reboot (which is “for adults but still weird”) is not just a dream–it’s really happening.

Even though three of the main cast members posted on their respective Instagram accounts, it was just the same photo of the three of them looking ready to film. Spot that “iCarly Set 1” sign behind them?

Nathan caption his post with “my people,” while Jerry said, “prepare yourselves.”

The Nickelodeon IG account also posted the photo with the caption: “So excited to see these faces together again.” So do we!

The revival of our favorite Nickelodeon sitcom was first announced on December 9, 2020, giving us something to look forward to this year. However, there’s no confirmation yet about the appearance of Jennette McCurdy, who played the character of Carly’s best friend Sam, and Noah Munck, who played their wacky friend Gibby, in the revival of the series.

While we’re still waiting for more updates, we can hold on to what one of iCarly’s new directors, Jay Kogen, said when asked if the two missing characters will be joining the gang. For Jennette, he said that “it’s her call,” while for Noah, he said that they have already “approached him.”

Looks like he’s also really rooting for the main cast members to be complete again!