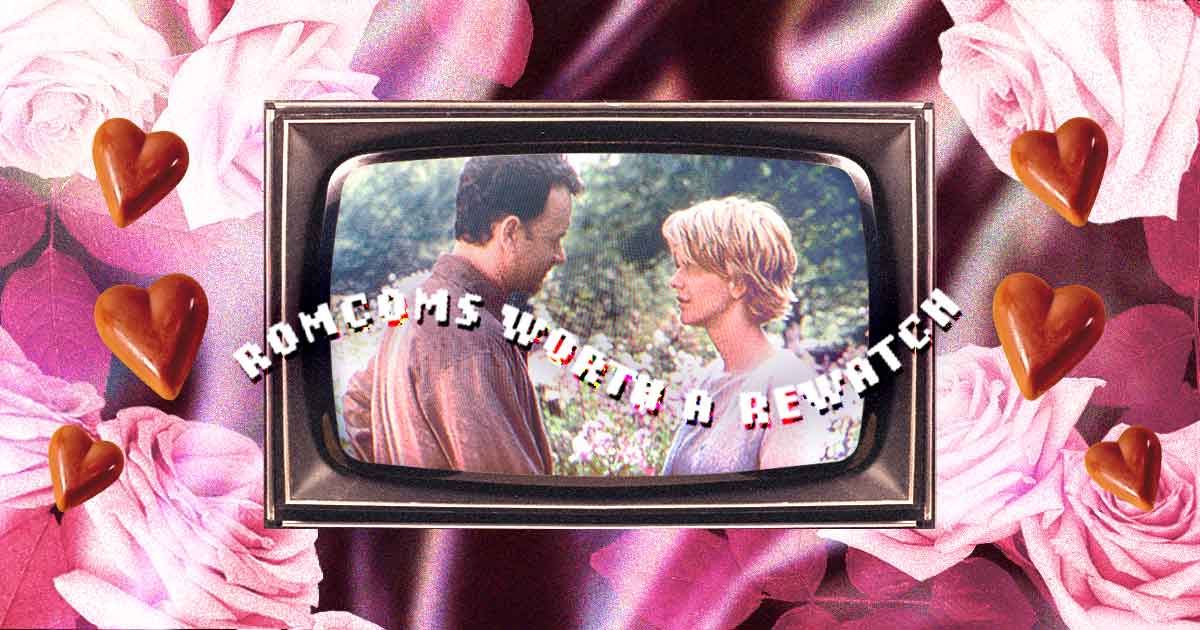 Bookmark these romcoms for your Valentine’s Day Weekend!

Try not to judge the friend that would rather watch a formulaic chick flick over “Citizen Kane.” It’s been a rough couple of years. The pandemic has devastated everything from entire economies to household relationships. “Romcoms” may get a mediocre rep, but they do serve a valuable purpose to humanity. The need for feel good escapism amid a stressful existence is at a high. So, buy a bottle of cheap (but still favorable) red wine, curl up in bed and re-watch a movie you like but sometimes won’t admit to liking.

This might be the ultimate one of the romcoms of all times. Set in London, Julia Roberts plays a superstar actress that unexpectedly falls for a naÃ¯ve local and travel bookstore purveyor, Hugh Grant. Since everyone has seen this film at least three times, we’ll end it there. This movie has become a cultural phenomenon; the actual travel bookstore in Notting Hill has a constant turnover of lurking tourists snapping away at its exterior and for good reason–”Notting Hill” is smartly written, well cast and top tier escapism.Â Â

Alicia Silverstone plays Cher, a rich, seemingly shallow, popular high schooler in Beverly Hills who, despite her socially successful exterior, is quite well-meaning. Loosely based on Jane Austin’s “Emma,” “Clueless” has become iconic with its soft satire, memorable one liners and feminist themes. This movie is also further proof that Paul Rudd does not in fact age.

This Apatow produced comedy has riotous laughs from start to finish. Jason Segel plays a struggling musician who attempts to get over his celebrity ex by taking a trip to Hawaii, when things get very interesting. Many engaging cameos along the way.

The love story in this movie takes a backseat to gross-out jokes and raunchy comedy that, despite their crudeness, somehow have stood the test of time. Ben Stiller seeks to reunite with the high school girl that got away (Cameron Diaz) with the help of an unscrupulous private detective played by Matt Dillon.

As Good As It Gets

Although not a romantic comedy in the strictest sense of the term, “As Good As It Gets” hits all the right notes. Jack Nicholson stars as an eccentric and reclusive writer that develops an unusual fondness for both the waitress at his local diner and the miniature dog of his gay neighbor. There are some iconic performances in this movie about growth and human connection.

Always Be My Maybe

Occasionally, there will be an original Netflix film that is actually pretty good. And “Always Be My Maybe” is one of them. Randall Park and Ali Wong play childhood best friends that fall out in college and then cross paths years later, now inhabiting completely different worlds. Laced with acerbic dialogue and standout performances, this is the quintessential feel-good movie. Also, Keanu Reeves. A solid win for Asian-American representation and romcoms in general.

Kumail Nanjiani plays himself in a film as his relationship with his significant other is put to the test, first by a breakup then by a potentially fatal illness–a premise based on Nanjiani and wife Emily’s own journey. As depressing as this sounds, it is actually a deeply amusing film with some really clever dialogue.

Despite the flowery title, Princess Bride will always be a solid movie, and that’s not just the nostalgia talking. At its core, it is a fantasy about true love–but really, it’s a metaphysical parody of the genre, intelligent and well executed and a fresh take on the age-old damsel in distress trope. Among its many timeless lines, one in particular stands out: “My name is Inigo Montoya, you killed my father, prepare to die.”

And just like that, Valentine’s Day doesn’t seem so nerve racking.