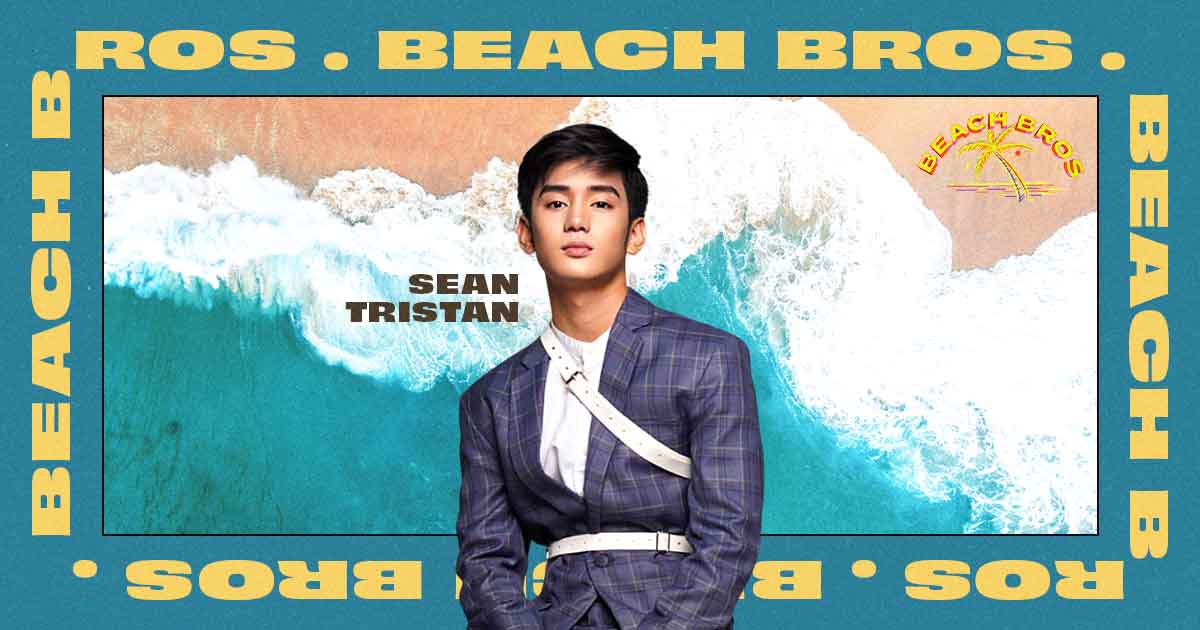 He talks about how he prepared for the show and what it was like on set.

If you hang out on TikTok, you know who Sean Tristan is. After all, that’s where this cutie got his start. His entertaining videos have earned 18.4 million likes and 782.5 thousand followers. As his popularity grew, Sean caught the eye of ABS-CBN’s top brass. Last February, Dreamscape Entertainment’s Deo Endrinal invited Sean to join The Squad Plus. He jumped at the chance, and his career in mainstream showbiz began.

Aside from creating content with the other teen stars in The Squad Plus, Sean has been busy with two shows. He appeared in Run to Me, which was still airing when he was cast in Beach Bros. Newbies don’t usually get back-to-back projects, so Sean lost no time in thanking ABS-CBN.

Sean Tristan and his co-stars

In Run to Me, Sean played Diamond “Mond” Riccio, the kid brother of Alexa Ilacad‘s character Jewel. He didn’t have as much screen time as the leads. But he has a bigger role in Beach Bros as an aspiring influencer named Jeremy Marvista.

While some of his co-stars had to lose weight for the show, Sean had a different problem. He’s somewhat lean, and production asked him to bulk up before showing up on set. But although he tried his best, he failed to put on weight. To this day, he’s not sure why. His co-stars reassured him by saying it’s kind of a good problem to have.

Speaking of the cast, Sean says he had a blast working on Beach Bros. According to him, everyone on set was a breeze to work with, even those who had more experience.

Sean Tristan learned a lot from observing Chie and Kyle. In the future, he hopes to pick up tips from another one of his peers, former child star Zaijian Jaranilla.

“Ever since May Bukas Pa pinapanood ko na siya. He played an iconic role in a successful teleserye. Idol ko siya because I like the way that he carries himself.”

On Beach Bros, Sean’s character is the best friend of Raven Rigor’s Pete Resurreccion. One of the show’s teasers hinted at a romance between them. When reporters asked if their characters will wind up together, Sean played coy.

Make of that what you will, mga Kapamilya.