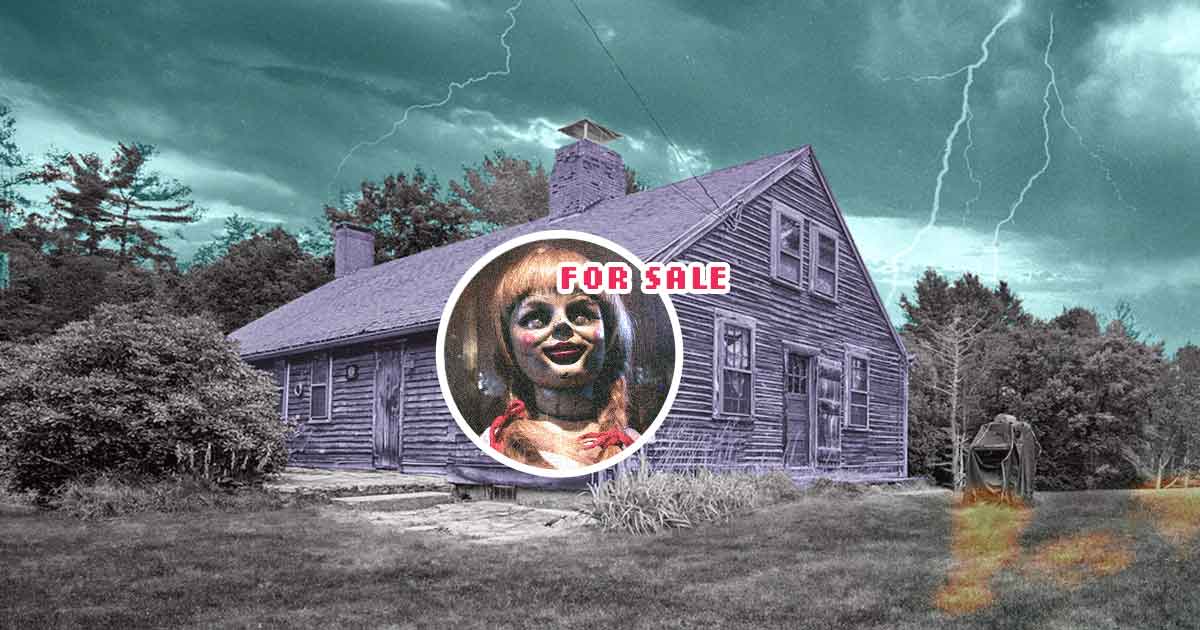 Are you on the hunt (or should we say haunt) for a new home? The Rhode Island estate that inspired James Wan’s “The Conjuring” is up for sale for $1.2 million (P61,368,600). Thanks to its historical significance, the asking has gone up more than double its last listed price.

The 3,109-square-foot property spanning across 8.5 acres at 1677 Round Top Road in Burrillville is listed as “one of the most well-known haunted houses in the United States” on Mott & Chace Sotheby’s International Realty. It boasts three bedrooms, one and one-half bathrooms, and has a rustic charm.

“Legend has it, the home is haunted by the presence of Bathsheba Sherman, who lived in the house in the 1800s. To this day, countless happenings have been reported,” the listing wrote. “The chilling stories, incidents, and recollections of residents and visitors of the property have been told in dozens of media productions including books, movies, and television shows.”

Based on a True Story

Although the 2013 film was not shot on the estate, it was largely based on the real-life paranormal investigations of Ed and Lorraine Warren. The story follows the couple as they help the Perron family, who in 1971 was haunted by evil spirits in their Rhode Island home. In June, “The Conjuring: The Devil Made Me Do It,” the third installment of the film trilogy, was released.

Cory and Jennifer Heinzen, the most recent owners, claim to have witnessed strange occurrences on the property. This includes doors randomly opening and closing, footsteps, unexpected knocking, and impalpable voices.  It was sold to them in 2019 for $439,000, which they profited from by hosting events and renting out rooms to those fascinated by the paranormal activities.

Fans of the franchise may be interested in the house now that it’s up for sale again. However, the real estate agency only entertains serious buyers to view the property. They must present proof of finances and sign a nondisclosure agreement before proceeding.