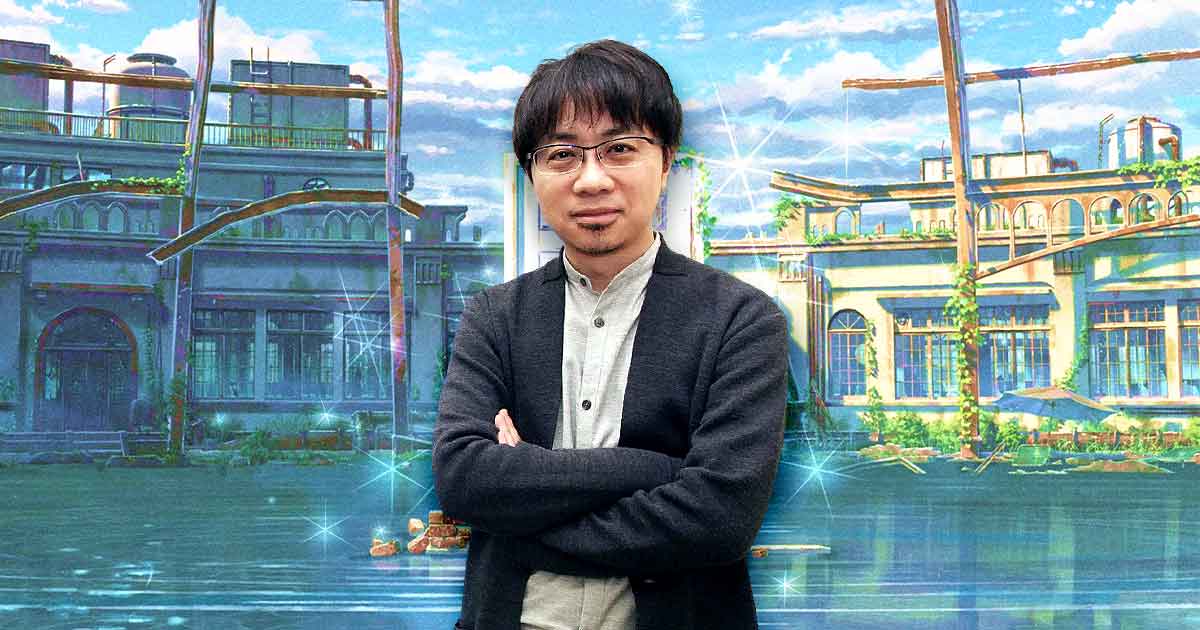 Get ready, Makoto Shinkai fans, because your next sobfest already has a schedule.

But first, the details. After teasing his ongoing project back in 2020, the Your Name and Weathering With You director has now landed on a title: “Suzume no Tojimari” or “Suzume Locking Up the Doors” when translated.

Shinkai also shared the first key art of the film, which can be seen on the film’s official site. According to the site, the film will follow a 17-year-old girl named Suzume who gets plucked out of her quiet life in the town of Kyushu to accompany a young traveler who’s in search of a specific door. Their voyage takes them to the mountains, where they see a solitary door standing among ruins that can open portals across Japan — portals that are bound to bring untold disasters into the world.

Described as a “road movie” by the site, Suzume no Tojimari is yet to name any member of the cast. What we know, though, is that Shinkai is set to direct from his own screenplay, as usual. He will be working alongside other talents from previous projects such as art director Tanji Takumi, character designer Tanaka Masayoshi, and animator Tsuchiya Kenichi, all of whom he worked with on Your Name.

Shinkai first teased the project in March 2020, posting a series of tweets that were essentially peeks into his screenwriting problems.

I’ve been writing the screenplay for my new film for the past two months, and every day I don’t know what to think about now, what to say, or what we want to see in a few years. But I still write anyway,” reads the translated tweet.

“I’m gradually assembling my new work while following the pace of the production of ‘Weathering with You’ three years ago,” he wrote in another tweet. “I don’t have the brainpower to imagine the story, the characters, and the visuals all at once, so I’ve been working on it for months and months, trying to build it up and break it down again.”

Luckily, the project has moved forward, and now Suzume no Tojimari is set to come out in Japan in fall 2022, or sometime around the last quarter of the year. While we wait, this is the perfect time to remind you all that his latest masterpiece, Weathering With You, is still on Netflix.