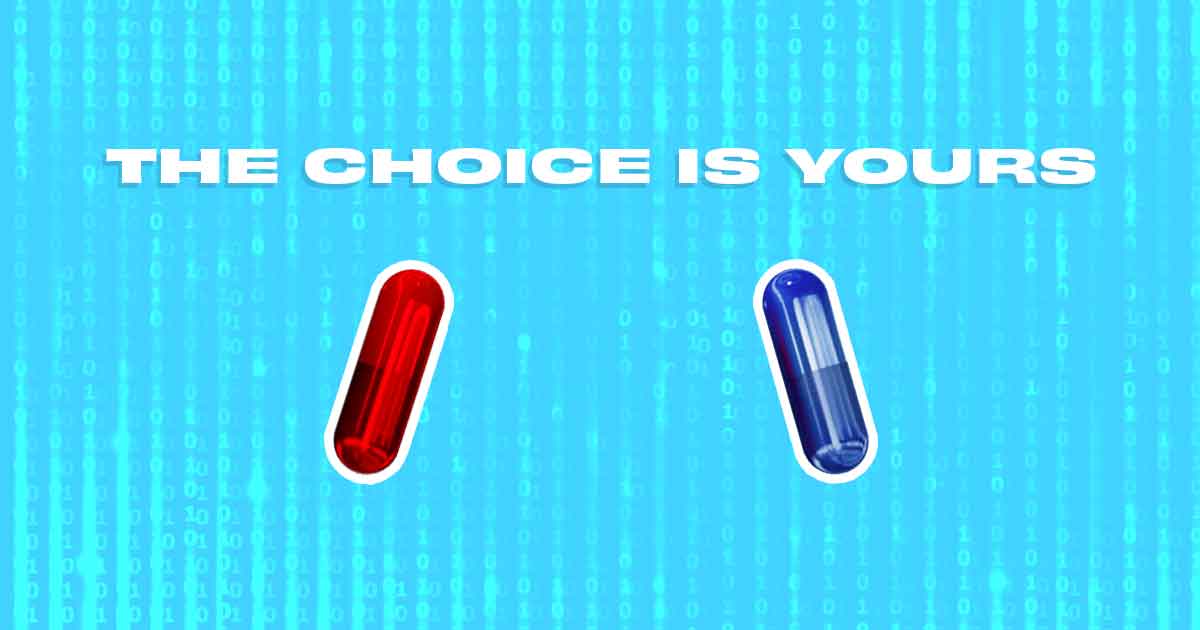 The site finally came alive 18 years after the release of Matrix Revolutions.

Why veteran video game designer Hideo Kojima is teasing The Matrix Resurrections film is beside all of us, but what’s clear is that the promotion for the upcoming sequel hasn’t missed a beat, and that the film can’t come soon enough.

Social media users noticed that the teaser website that Kojima tweeted, whatisthematrix.com, was revamped and looked completely different from what it was 18 years ago when Matrix Revolutions premiered. Today, it offers visitors a choice between a blue pill and a red pill under the reminiscent tagline, “the choice is yours.”

Choose the blue pill and you get a narration by Neil Patrick Harris, who tells you that the reason you’re here is that you’re having trouble discerning reality from fiction, followed by a few scenes from the original movie showing Keanu Reeves’ Neo struggling to discern reality himself as he did in the Matrix.

Meanwhile, clicking the red pill will lead to a similar narration, this time from Yahya Abdul-Mateen II, who explains that the world you know is not what it seems. The vertically-scrolling green code then plays, interweaved with few fleeting action cuts including one where Abdul-Mateen II fights Neo inside a dojo. The rest of the clips seem to have come from the trailer released by Warner Bros. during last month’s CinemaCon.

Both options present different clips every time you watch either of them, which means you’d have to click on both pills multiple times to splice together a worthwhile preview of the film. In true Matrix fashion, every play-through even tells you the exact time you’re watching it — as if reaching out to discern your reality.

The Matrix Revolutions premieres in theaters and on HBO Max on December 22, while the trailer drops this Thursday, September 9.