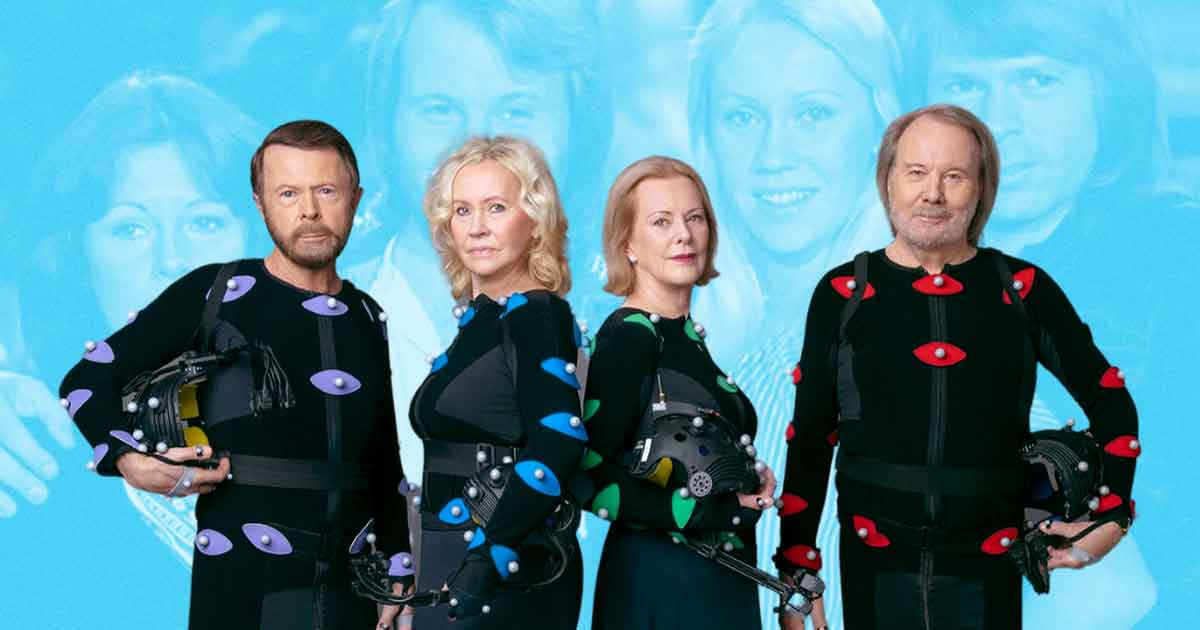 ABBA, the chart-topping Swedish pop quartet, is making one of the most anticipated comebacks in pop culture history to release new music after nearly four decades.

During an online event, the pop group announced that they’re set to release a new 10-track album titled “Voyage” on November 10 through Universal Music Group’s Capitol. They have also released a couple of tracks from the forthcoming record: “I Still Have Faith in You” and “Don’t Shut Me Down,” which at one point in the program posted over 200,000 simultaneous listeners who heard new music from the Swedish band for the first time since 1981’s The Visitors.

The group also announced that they will be holding a “new concert experience” where they will perform digitally as avatars — or “ABBA-tars” — with a live 10-piece band inside a new 3,000-capacity venue aptly called the ABBA Arena located at the Queen Elizabeth Olympic Park in London. Also called “Voyage,” the concert will commence on May 27, 2022.

These “ABBA-tars” were created after a long period of motion-capture and performance techniques with the four band members — Benny Andersson, Agnetha FÃ¤ltskog, Anni-Frid Lyngstad, and BjÃ¶rn Ulvaeus — and a team of 850 crew members from George Lucas’ Industrial Light & Music company.

“Such joy it was to work with the group again — I am so happy with what we have made,” said Lyngstad, who also called band members Andersson and Ulvaeus “exceptionally talented, truly genius songwriters.”

“We’re truly sailing in uncharted waters. With the help of our younger selves, we travel into the future,” Andersson added.

Formed in 1972 and skyrocketing to superstardom during the 70s, ABBA’s ascent was marked by hit after hit, producing eight consecutive #1 albums in the UK and becoming the first group from a non-English-speaking country to achieve consistent success in the charts of English-speaking countries. 1982’s compilation ABBA Gold also made the group one of the best-selling Swedish bands of all time and one of the best-selling music artists of all time.

ABBA’s resurgence in popularity is largely thanks to the reprisal of the 1999 musical “Mamma Mia” in 2008 and a sequel in 2018 that both starred Meryl Streep, Amanda Seyfried, Pierce Brosnan, Colin Firth, Stellan SkarsgÃ¥rd, and others. Moreover, ABBA’s most popular hits, including “Dancing Queen,” “Slipping Through My Fingers,” and “Chiquitita” have also found their way to popular platforms including TikTok, where ABBA-related content has reportedly garnered more than a billion views.

To capitalize on this, the group officially made their own TikTok account on Thursday. In just three days, it has amassed more than 1.3 million followers and 8.9 million likes.

The Voyage project has injected new life into us in more ways than one,” Ulvaeus said in the statement. “So, again, thanks for waiting! We hope to see you in the ‘ABBA Arena’ and yes – see – because we have infused a good deal of our souls into those avatars. It’s not an exaggeration to say that we’re back.”