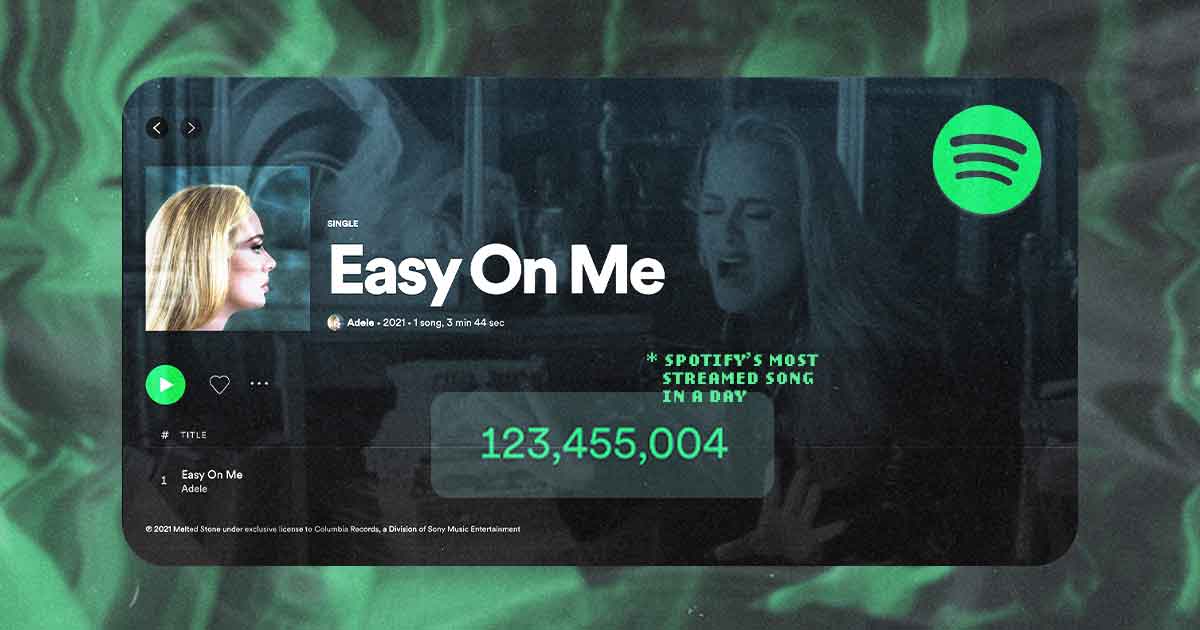 The British songstress overtook BTS to the title.

Multi-time Grammy winner Adele is back, and it didn’t take long before the British songstress went for the throne by shattering record after record.

Within just 24 hours after the release of her comeback single, “Easy On Me” broke the all-time record for the most-streamed song in a single day on Spotify with 19 million global streams, beating out BTS’ “Butter,” which posted 11 million streams within its debut day last May.

Not only that, but the song also came out on top of Amazon’s list of most first-day global streams in history.

The single comes from the 33-year-old musician’s forthcoming full-length album, “30,” which comes out this November. According to Adele, the album charts the “turbulent period” where she went through tumultuous emotions while navigating her divorce. In 2019, the star and partner Simon Konecki announced their split after seven years together.

The song itself dives deep into the singer’s “fraught childhood, her lost marriage, an the lessons learned and unlearned about family, love, and abandonment along the way,” according to an interview with Adele by British Vogue.

“I’m ready to finally put this album out,” the singer wrote in an Instagram post last week, adding that the new music had been her “ride or die throughout the most turbulent period of my life.”