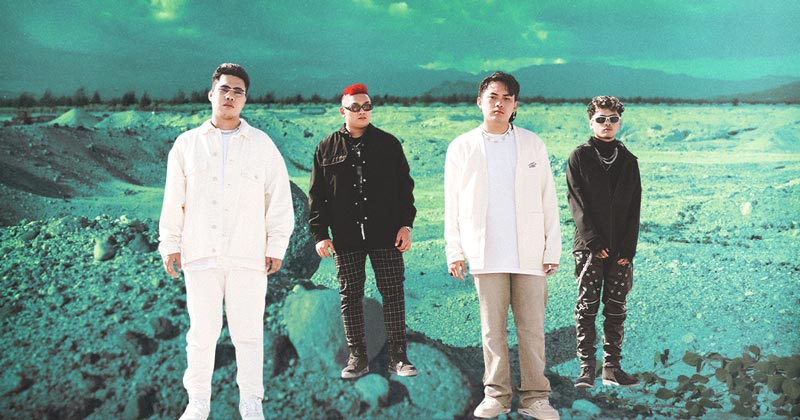 The rap balladeers say it’s time to move for nature.

Last August 26, ALLMO$T released a music video with a post-apocalyptic theme. It was for their newest single called “Larawan,” a provocative song. It urges people to take care of the environment before it’s too late.

ALLMO$T is a rap ballad act. It’s composed of Angelo Timog, Clien Alcazar, Jomuel Casem, and Russell dela Fuente. They got started in Olongapo with Crakky (Timog’s stage name) and Russell. The hip-hop aficionados then found two other members via the internet.

The group is best known for their singles, which have gone viral. These include “Bagay Tayo,” “Malaga,” and “Miracle Nights.” Their hits have garnered over a hundred streams in total on Spotify and YouTube.

While “Larawan” has a dramatic touch, ALLMO$T says it’s their way of showing their talent is on a whole new level. They want to step up their songwriting by giving their listeners provocative lyrics.

According to Jomuel, what they saw on social media made them write the song. He says social media has become an arena for trouble these days. The group wanted to bring people back to a time when the air was fresh and there were no conflicts.

Russell added that the Earth is dying because of us and that there’s a need to save the planet. Meanwhile, for Clien, the song should be an eye-opener for society. A reminder that “what if everything turns to dust, and the only thing we have left are pictures?”

Along with the single, ALLMO$T dropped a music video, which they filmed in Zambales. Aaron Magma directed it. The MV shows a wasteland, which the group says could be our planet in its final hours. They warned that this might actually happen if we don’t take better care of nature.

Apart from this, ALLMO$T says that they are working on more socially relevant material. Their future releases will include songs about life and mental illness.