Hold your horses everybody, because there is speculation that Jennie from South Korean girl group BLACKPINK and Canadian indie-pop singer Grimes might be joining hands for a once-in-a-lifetime collab!

Jennie, who has been in the United States since June, posted a photo of her and Grimes posing in front of a rocket. The caption read: “Rocket day with my fairy princess @grimes.”

Grimes similarly went on Twitter to share more photos of the pair. “Jennie and Grimes go to space,” the singer said, followed by a fairy and rocket emoji. A SpaceX rocket could clearly be seen in the background, indicating that the two were mostly like at California’s SpaceX facility. Grimes’ partner, tech billionaire Elon Musk, owns the aerospace company.

Upon viewing the photos, fans have been clamoring with rumors of a collab between the two, since Grimes has apparently worked with K-pop artists before. In 2018, she collaborated with LOONA sub-unit yyxy on “Love4eva.” It’s been said that both Grimes and Musk are fans of the K-pop genre.

Meanwhile, Jennie’s trip to the States has been star-studded; she met up with Dua Lipa, Moises Arias, Jaden Smith, and Tiktok star Bella Poarch. BLACKPINK member RosÃ©, who has also been in the U.S., has been allegedly spotted with rising star Olivia Rodrigo, sparking even more collab rumors for the girls.

Last month, their entertainment company, YG, confirmed that both Jennie and RosÃ© were in the States to make new music. Lisa is set to drop her solo album sometime this year, while Jisoo has been hard at work with her leading role in Snowdrop.

Though no collabs are officially confirmed, it seems that it will be a pretty big year for BLACKPINK. We can’t wait! 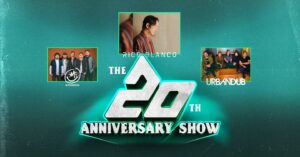