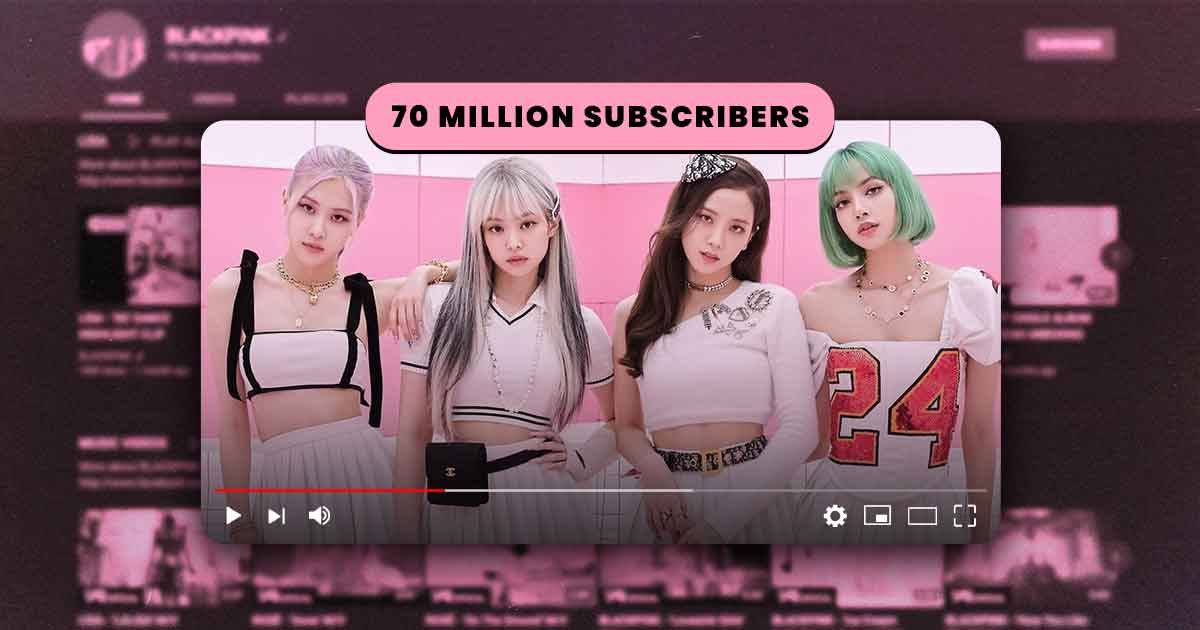 It’s BLACKPINK’s world and we’re all just living in it.

Case in point, according to the Korean girl group’s talent agency, YG Entertainment, BLACKPINK has surpassed 70 million subscribers on their YouTube channel, making them the first artist ever to achieve the feat on the video-sharing platform.

What’s more, the four-piece managed to reach the milestone in just under five years and five months since their channel first debuted in June 2016.

This isn’t the first time that BLACKPINK has broken records on YouTube, be it collectively or individually. The group once broke the site’s record for most views for a music video within 24 hours with their comeback single “How You Like That” back in June 2020.

In terms of smashing records solo, BLACKPINK’s RosÃ¨ also holds the record of being the fastest-ever K-pop soloist to reach 100 million views on a music video, with her debut single “On The Ground” reaching the figure in just a little over a week. The previous record-holder? Her BLACKPINK bandmate, Jennie.

Speaking of debut singles, Lisa had also shattered a record herself, with her debut song “LaLisa” becoming the most-viewed music video by a solo artist within 24 hours of its release. The 24-year-old’s track garnered a staggering 73.6 million views after just a single day, ousting the 65.2 million views set by Taylor Swift’s “Me!” from the top spot.

Keep racking up those views, Blinks!