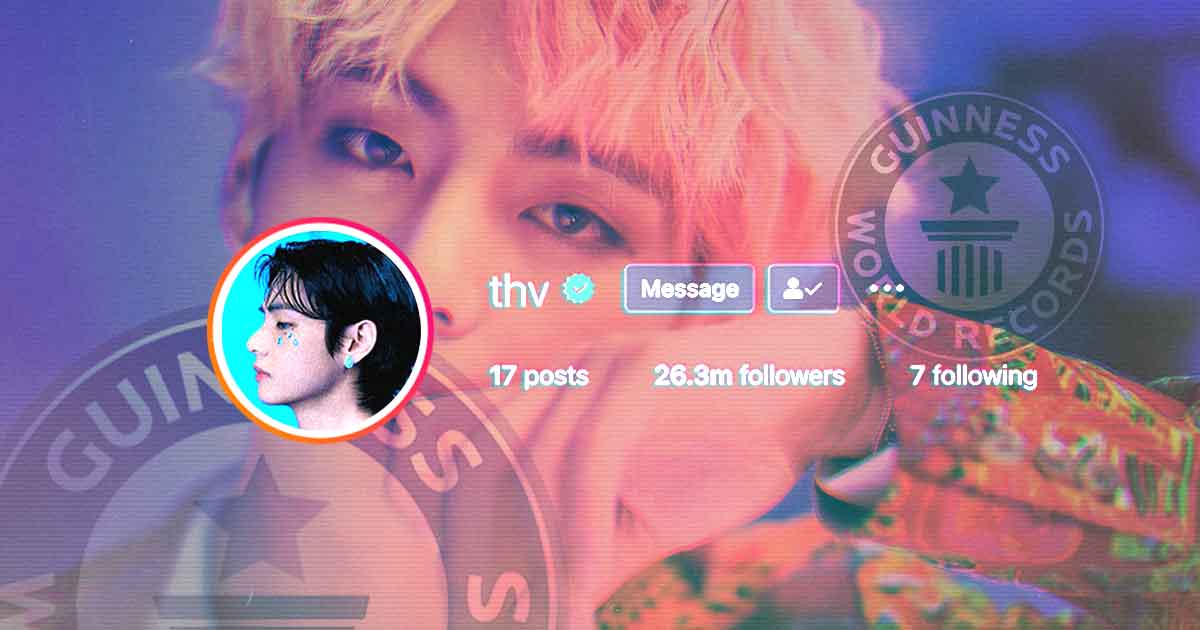 Kim Taehyung, also known as V of BTS, swiftly and smoothly (like butter) slid to the record books for the first time after joining Instagram earlier this year.

Shy of a week after all BTS members made a personal Instagram account, Guinness World Records proclaimed that the K-pop idol had broken the record for the fastest time taken to reach 1 million and 10 million followers on the photo-sharing platform.

It only took V 43 minutes to get to 1 million followers, shattering the record set by NCT’s TAEIL MOON of one hour and 45 minutes earlier this year. Another celebrity who set the same record this year includes Angelina Jolie, who joined Instagram to amplify Afghan women’s struggles. Rupert Grint and Jennifer Aniston had also held the record when they first joined the site.

But that’s not even the end of it. From a million, V’s follower count leaped to 10 million within four hours and 52 minutes, setting yet another record.

Currently, V has racked up over 26.1 million followers, making him the most-followed member of BTS. That hardly matters, though, as all of them boast an impressive 22 million-plus followers, and it hasn’t even been a couple of weeks since they started!

Although these are V’s first Guinness World Records, BTS as a whole has broken several in the past year alone. Their hit single “Butter” alone broke five records in 2021, including the most viewed music video and most-streamed song in a single day.

Despite being on break, BTS still managed to tease fans with a preview of “7 Fates: CHAKHO,” an upcoming original webtoon, due out in January 2022.