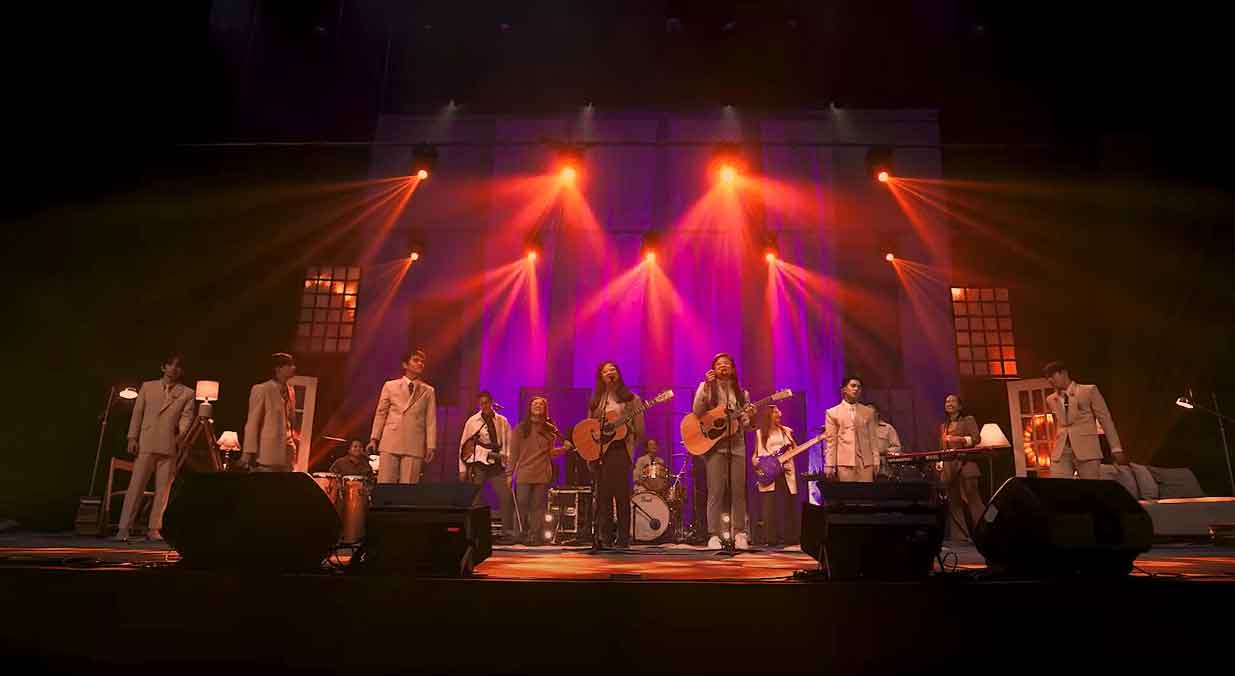 EXCLUSIVE: How Ben&Ben, SB19 pulled off historic performance at the Manila Metropolitan Theater

In case you missed it, two of the country’s biggest acts – Ben&Ben and SB19 – recently joined forces for a live band performance of “MAPA” at the newly-reopened Manila Metropolitan Theater.

If there’s one thing everyone can agree on: it’s that the showcase is definitely one for the books as the long-time wish of A’TIN and Liwanag to see the two acts together on one stage has finally been granted after what seemed to be forever.

But it wasn’t just the spectacular performance between the two artists that made the collaboration worthy of the celebration. You see, SB19 and Ben&Ben also happen to be the first OPM acts to have been given the opportunity to perform at the newly-reopened Manila Metropolitan Theater. #SBen19, put your hands up!

FreebieMNL recently caught up with Sony Music Entertainment General Manager, Philippines and Vice President for Business Development, Asia for an exclusive interview on how SB19 and Ben&Ben made the historic performance at the MET happen.

“With this being SB19’s first collaboration and with another massive artist at that, Sony Music, SB19’s management ShowBT, and the SB19 boys themselves, were all looking for a certain bigness for the music video that would match the significance of this collaboration,” Pineda said.

Pineda gave the credit to the ShowBT – SB19’s management – for the idea of staging the show at the MET.

“#SBen19 was also much-clamored-for by the fans since last year, so there was real intent to give them more than a treat. And credit goes to SB19 and their management for thinking of the MET.”

With SB19 having had the opportunity to work with the National Commission for Culture and the Arts (NCCA) in the past, putting everything together to make the showcase happen came easy for everyone.

“Thankfully, despite short notice, the NCCA was kind enough to allow SB19 and Ben&Ben to use the theater. The NCCA already had a relationship with ShowBT and SB19, having helped the latter use Luneta Park as venue for the performance video of Alab + Go Up last year,” Pineda remarked.

But there were a few challenges that came along the way as the production team had to bring in generator sets as power supply wasn’t ready yet at that time.

“On the day of the music video shoot, the newly restored theater didn’t actually have power yet to supply the theater equipment and AC, so at least 7 generator sets had to be brought in,” Pineda stated.

Then again, the troopers in #SBen19 helped the two acts pull off the showcase at the historical landmark.

“So grateful both bands are such troopers! And I believe The Met is all sorted now. It was just one of those things you have to deal with if you want to be first,” she said.

While Pineda did not give out a definite answer, it appears a brand new collaboration between the two acts is in the works. Or is inevitable, for that matter.

“Here’s what I will say about this — SB19 and Ben&Ben genuinely got along very, very well. And yes, both bands are incredibly busy these days — SB19 with their upcoming EP Pagsibol and Ben&Ben with their upcoming second album.  With the kind of bond forged during the recording and shooting of MAPA (Band Version) however, one thing usually leads to another.  Let’s just leave it at that for now,” she said.

Meanwhile, the two artists, in a video released on YouTube, talked about working together behind the scenes – including their impressions of each other.