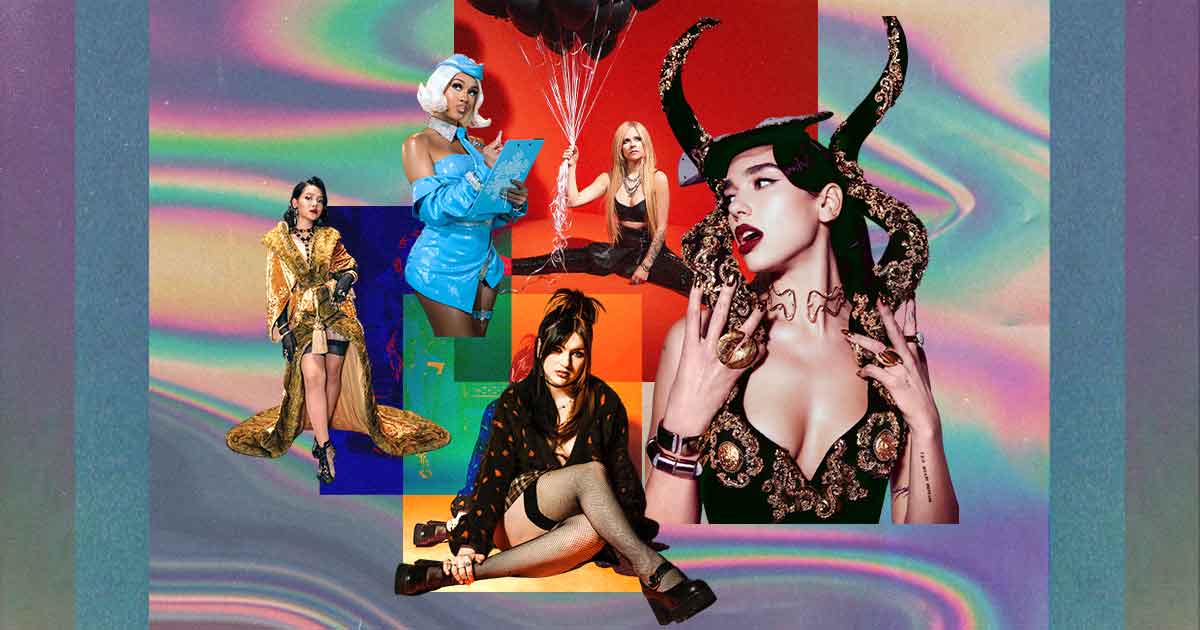 Fresh blow out, skin on tan, ooh, these girls are ready. And that’s on what? Period.

March may have ended, but we’re not done celebrating Women’s History Month just yet! We’re putting the focus on some of our favorite female superstars. These multifaceted women are making waves in and out of the music industry.

These women continue to elevate their respective genres, empower others, and express themselves.

One kiss is not what it took for us to fall in love with Dua Lipa.

This pop superstar started her career by posting song covers on YouTube, but what really propelled her into the spotlight was her hit song “New Rules.” From then on, it was just success after success for Dua, and the three-time Grammy Award winner is now currently on the US leg of her Future Nostalgia tour.

She didn’t just “build a bitch,” but a head-bopping music career.

Anyone who’s on TikTok knows Bella Poarch. This Filipina rose to internet stardom after a video of her lip-syncing in August 2020 went viral, getting more than 50 million likes. Soon after, she released her first single called “Build a Bitch.”

She’s everyone’s best friend and a real bad b.

The Grammy-nominated artist started writing rap music in her early teens and has pursued her passion for it since then. From uploading a now-viral freestyle video on Instagram to creating countless hit songs like “ICY GRL,” “High Maintenance,” and “My Type,” Saweetie is a force to be reckoned with.

Outside of music, she released a jewelry line and collaborated with UK-based fashion retailer PrettyLittleThings for her very own collection. Hard work and independence have obviously always been in Saweetie’s blood, something that her Filipino-American family taught her at an early age.

READ Why Do We Celebrate Women’s Month?

Since then, she’s been receiving much-deserved attention and acclaim, whether it’s being part of Billboard’s 21 under 21: The Ones To Watch or being a guest performer on The Tonight Show Starring Jimmy Fallon.

Love kinda sux but not this legendary pop-rock princess.

The multi-platinum singer recently released her highly anticipated album “Love Sux,” sending fans into a frenzy. The album was well-received, with a number of critics praising Avril for sticking to her nostalgic pop-punk sound while making sure it’s current and in the now.

Avril is set to go on her Bite Me 2022 Canada Tour this coming May and will be part of several concerts and music festivals for the rest of the year.

Check out hits by these female superstars on digital music services worldwide.