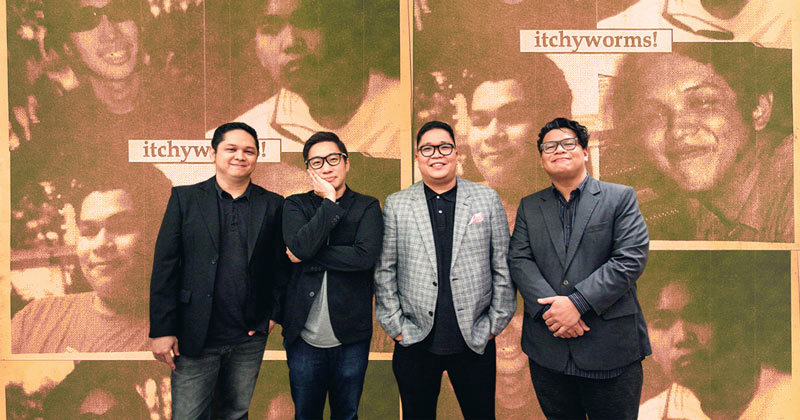 Chino Singson is leaving for Canada with his family.

Itchyworms released a sad announcement last August 26 on their Facebook account. It came with a simple caption that read, “A special message from Chino.” (Chino Singson is one of the band’s founding members.) Check it out below.

The announcement revealed that Chino is set to leave the Philippines. He plans to “start building a new life in Canada” with his family.

Even though he will be migrating, Singson says he will still work with the band.

“I’ll still be working with the team, helping out with social media and back office tasks. And like we did in 2020, we will make music even though we aren’t together physically. Who knows? You might still see me in gigs outside the Philippines,” he added.

Mikey Amistoso of Ciudad and Weckl Mercado will take Chino’s place for now. Meanwhile, Chino called this new iteration of the Itchyworms their “extended lineup.”

Chino has been the Itchyworms’ guitarist for the past 25 years. He admits making the decision to leave wasn’t easy. Fortunately, the other members—Jazz Nicolas, Jugs Jugueta, and Kelvin Yu—support him. So does their manager Julie Pacanas.

“[Thank] you for everything, and I LOVE YOU. This is not ‘goodbye,’ this is ‘see you later,’” he told them. “To all our friends, listeners and supporters—thank you for your love. Keep The Itchyworms in your hearts, minds and ears. The best is yet to come.”

The Itchyworms have been together for over two decades. In that time, they released many successful albums and singles. Their hits include “Akin Ka Na Lang,” “Ayokong Tumanda,” “Beer,” “Gusto Ko Lamang Sa Buhay,” and more.