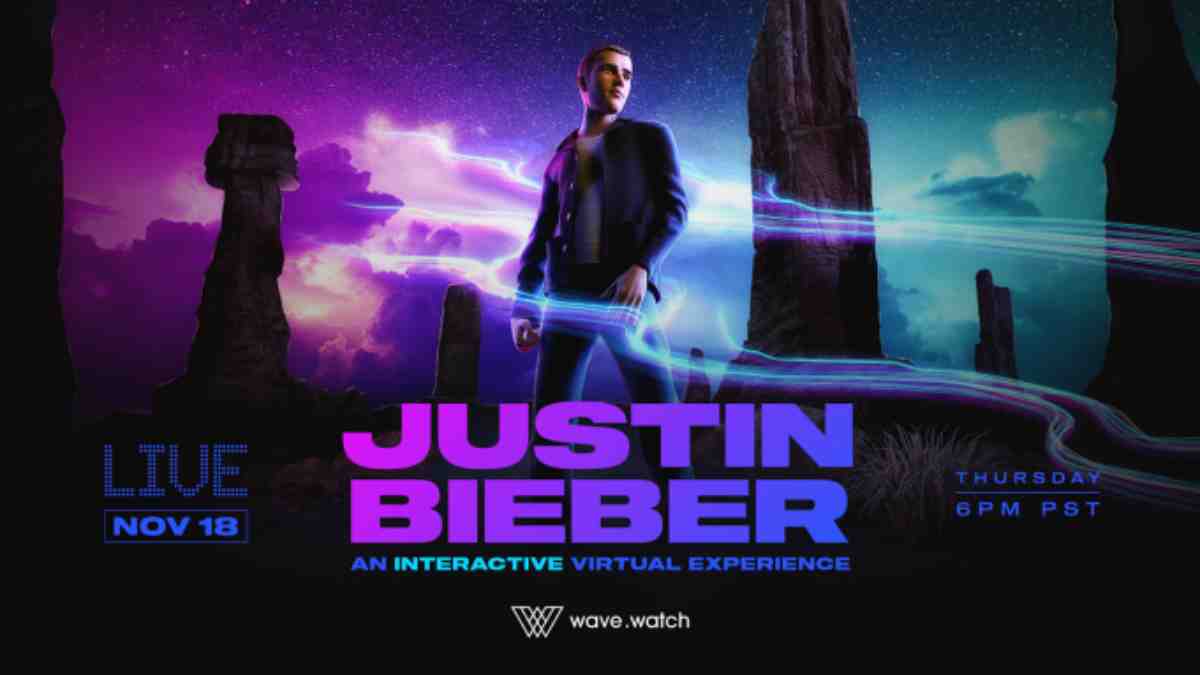 Justin Bieber to perform in an interactive virtual concert with Wave

It seems the future of “live” entertainment is here.

Justin Bieber has partnered up with Wave, a virtual entertainment company, to bring fans a very unique concert experience on November 18. He’ll be appearing as a digital avatar, controlled by his own motion-capture suit, while performing a full live show.

According to the announcement, the collaboration will show fans a “futuristic look into the metaverse, merging gaming, real time motion-capture, and live musical performance into an immersive interactive experience. Audiences will go on an epic and intimate musical journey with Bieber and see him perform songs from his #1 album Justice before kicking off his 2022 Justice World Tour.”

Bieber, who is also an investor in Wave, has stated that he’s a “big believer” in the company and that he “love[s] the platform” as a new way to engage with fans. “I’m excited to be using this technology to bring people together and connect with fans from all over the world. I can’t wait for them to check out this interactive performance,” he stated.

What makes these virtual concerts special is that they allow fans to directly engage with the artist during the performance. According to Wave COO Jarred Kennedy, the fan-to-artist engagement is exciting and endless.

“You’re able to interact with the experience and with the performer because it’s happening live, and so when you’re on [the Wave platform], fans have the opportunity to show up using a webcam during the performance or see their name on a background dancer or interact or power up the performer’s avatar,” Kennedy said to The Hollywood Reporter. “There are various ways that you can engage with the show in real time around a format that we think is really special.”

While it may seem like a cool new concept, this futuristic virtual concert isn’t Wave’s first. In the past, artists like The Weeknd (another Wave investor), John Legend, Dillion Francis, and Tinashe have already performed for fans via Wave.

Fans can attend Bieber’s free live show by signing up through wave.watch. Others can view the event via livesteam on Bieber’s Youtube channel at 6 p.m. PT on November 18.

Wave will air rebroadcasts of  “Justin Bieber — An Interactive Virtual Experience” for fans across the world on wave.watch and YouTube in the following time zones: