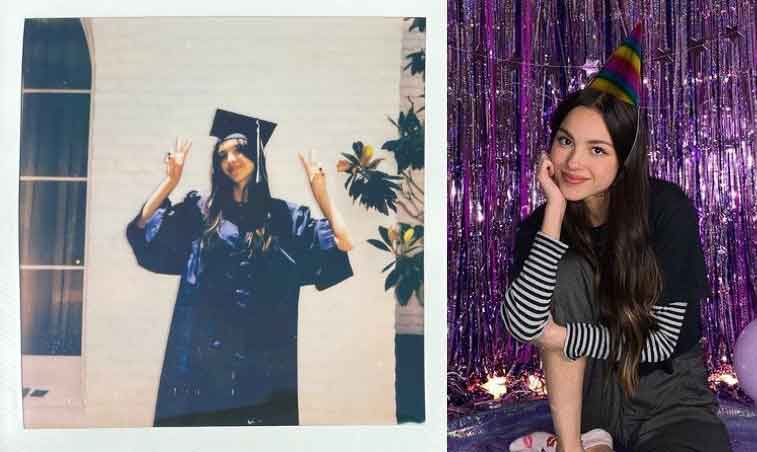 Olivia Rodrigo‘s eventful year just became even more special with the celebration of another milestone in her life: her high school graduation!

The 18-year-old singer-songwriter and actress, who has been working on her debut album “Sour” and acting on Disney‘s “High School Musical: The Musical: The Series,” also continued to pursue her education.

Among the people who congratulated Olivia on finishing high school are her “High School Musical: The Musical: The Series” castmates, including Julia Lester, Dara ReneÃ©, Frankie Rodriguez, and Joe Serafini. Her fellow musicians Conan Gray, Lil Nas X, and Alexander 23 also sent her love by commenting on her post.

In an interview with The Guardian, Olivia said that listening to singer-songwriter Lorde‘s album “Pure Heroine” inspired her to take songwriting seriously. Olivia looked up to Lorde for her ability to turn her normal life experiences as a teenager–including attending regular school–into relatable lyrics.

“She talks about driving to the suburbs and going to school and all her friend-group drama. I remember feeling so seen: she’s taking this normal experience that we all go through and turning it into something really beautiful and artful,” she said.

“I always wanted to write a record like that, but never felt like I had that normal life experience.”

Despite being homeschooled and not having those “normal life experiences,” Olivia still managed to write relatable songs for her debut album “Sour,” which continues to break records for its performance in music charts and total number of streams worldwide. We’re not yet even halfway through the year, but she’s already had two Billboard Hot 100 No. 1 singles, plus her album is already named as “2021’s Biggest Album Debut.”

This talented girl really has a lot of things to celebrate for this year. Congratulations, Olivia!