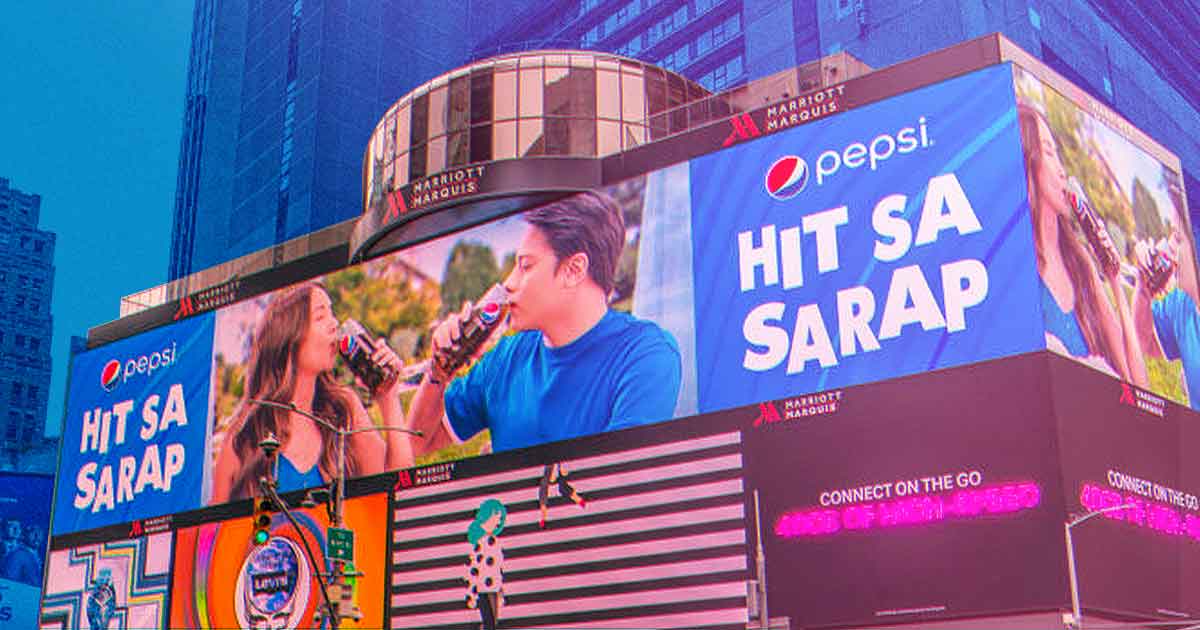 SB19, KathNiel, other local stars seen on billboards in New York and LA

More and more Filipino acts are making their presence felt in the Big Apple as local icons SB19, Kathryn Bernardo, and Daniel Padilla all get featured on digital billboards in Times Square in New York City and in Downtown Los Angeles on Thursday.

The international feature of these Filipino superstars is part of Pepsi’s “Hit sa Sarap” campaign, which highlights the importance of enjoying the company of friends and family over a shared meal.

On Twitter, fans of the featured local acts also shared their excitement over the international exposure. A’TINs, the namesake of SB19 fans, shared live footage of the digital billboards in action on Times Square while rallying their support under the hashtag #SB19HitSaSarap.

On her Instagram page, vlogger Mimiyuuuh shared a photo of the digital billboard in New York. Bursting with thrill, he wrote in the post’s caption: “YOUR GHORL IZ POPPIN!!! NEW YORK TO L.A B****!!!!!”

Filipinos getting much-deserved attention under New York’s brightest limelight has been a common sighting in recent months.

We previously reported that local artists Nadine Lustre, James Reid, and Reese Lansangan have all landed on NYC’s digital billboard as part of Spotify and Amazon Music’s bid to promote local music earlier this year. Then, Filipina beauty queen Leren Mae Bautista also got her time under the NY sun after she clinched the cover gig of Pinay Magazine.