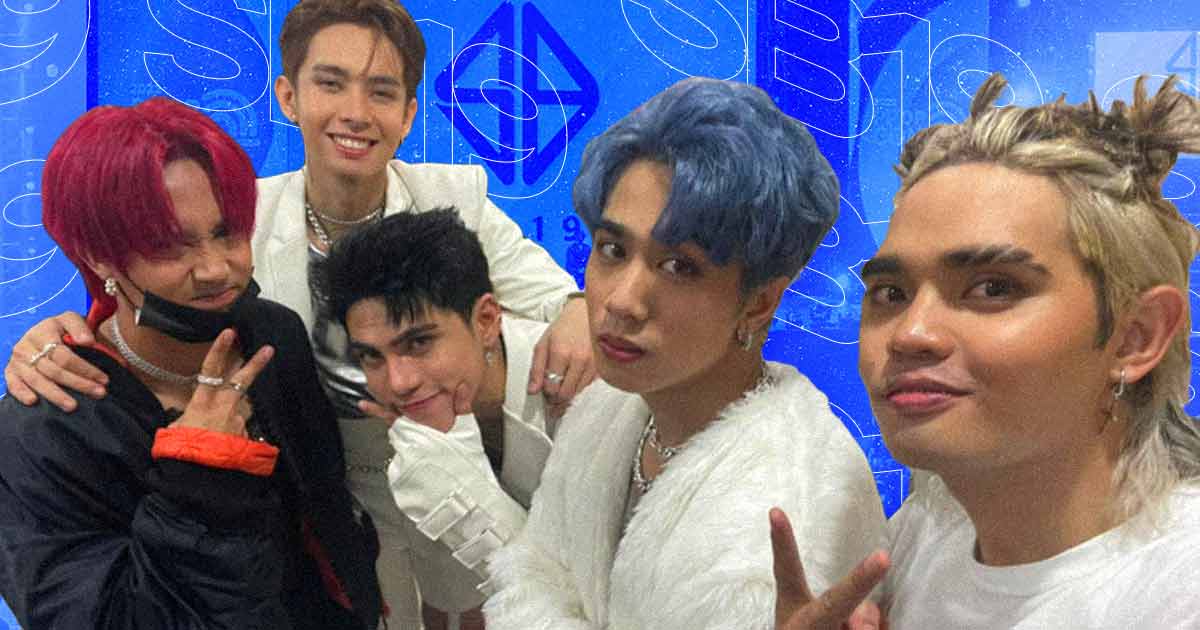 SB19 was a major highlight of PPOPCON, and their A’TIN was with them every step of the way.

The recently concluded PPOP Convention, which ran last April 9-10, 2022 at the Araneta Center, was a runaway hit. A much-anticipated highlight was the participation of the “Kings of PPop”: Filipino idol group SB19.

From the time they debuted in 2018, Josh Cullen Santos, Justin De Dios, Ken Suson, Pablo Nase, and Stell Ajero have had a storied journey. Their supportive fandom, the A’TIN, has been with them throughout all of it.

SB19 at the Convention

On the first day of the convention, the boys did not make an appearance at New Frontier Theater. However, they were well-represented. Aside from the Sony Music booth selling official merchandise, including the photobook from their Pagsibol EP era, their individual pursuits also shone through.

There was a booth for SUperior SON, the limited-edition clothing line of SB19’s Ken. People rushed to get their hands on the convention-exclusive drop: “Design 3.” Packaged in the classic SUperior SON pouch with autographs by Ken himself, every piece sold out in a matter of hours.

SUperior SON’s presence also treated fans to the presence of James De Vera. A key member of SB19’s styling team, “Sir James” (as the fandom calls him) stayed after the last piece was sold to talk with fans and take selfies.

He took the job and things snowballed from there.

That said, Ken’s not the only SB19 member with a fashion line. Pablo, the leader of the group, has his own line of shirts!

RADKIDZ is a brand with more of a gritty hip-hop feel. Pablo’s family and friends manned the booth in his absence. Sales were being handled by his sisters; also notably present was his brother Josue, a hip-hop artist. Fans got a particular kick out of a special guest: “Mommy” Grace Nase, Pablo’s mom!

“Nakaka-proud talaga,” she said when asked how she felt about SB19 being part of PPOPCON. “Saka ayan, andito yung mga kapatid ni Pablo, andito kami para mag-support.” Even after RADKIDZ sold out entirely, she stayed to interact with her son’s fans.

SB19’s dedicated fanbase is referred to as the A’TIN, and they certainly came out in full force during both days of the convention.

When PPOPCON started airing videos of the participating acts, the very sight of even a single SB19 member led to an eruption of screams from the room. When the SB19 hit “Bazinga” played, it seemed like the entire New Frontier Theater sang along.

For the second day, concert day, things went into overdrive for the A’TIN. They actually managed to coordinate with Araneta City and set up a booth in the Times Square parking lot for giveaways!

Even those that weren’t decked out in the iconic SB19 blue carried lightsticks or had some type of sticker or the like.

A team of volunteers gave out batteries for lightsticks, water, and Dunkin’ Donuts. They managed lines and kept things orderly.

By the ticketing area where some fans were trying to get last-minute tickets, the “Titas and Titos of A’TIN” were giving burgers to everyone they saw! Double B burgers, to be specific, because SB19’s Justin and his brother Yani (a content creator) invested in a franchise.

Many A’TIN flew in from various parts of the Philippines. Some even flew in a day or so before just to attend the concert! “Reyna Senyora,” or just “Senyora” is one of those people. She’s a familiar face to A’TINs, especially those who’ve been around for a number of eras. The 20-something is a professional by day, but an A’TIN 24/7.

She told FreebieMNL why she loves them so much. “SB19 is very relatable. Hindi ka lang mapapa-stan kasi talented sila, may story sila! As a normal person, mai-inspire ka talaga to pursue your dreams. Kung kaya nila, what about you? Na-witness ko sila from ‘Go Up’ era na hirap na hirap sila until now. Kaya sila lang, sila lang talaga.”

She flew to Manila all the way from Pagadian despite having seen SB19 at their Get In The Zone concert years before. While she’s MAHALIMA, she admits to being from the “Farm,” the A’TIN “house” associated with SB19’s Stell. She wanted to attend PPOPCON to witness SB19’s dream of performing for A’TIN at the Araneta Coliseum come true.

READ: Here’s What Happened At SB19’s Our Zone Concert

SB19 at the Concert

For their big Araneta Coliseum moment, it was obvious that SB19 had indeed gone all-out. Opening their set during the hybrid concert was leader Pablo, with an explosive rap introduction. That paved the way for their first song, “WHAT?” which saw Ken, Justin, and Stell emerge from the audience heading for the stage. Main rapper Josh emerged on stage after Pablo for his rap lines in the song as the boys regrouped on stage. It also included a supercharged dance break featuring main dancer Ken’s smooth moves.

Afterward, they got the chance to talk to the audience, all of whom were incredibly eager to hear from them. “Matagal ko na gustong sabihin ‘to,” Josh grinned. “Kasi nung huling beses na sinabi namin ‘to walang tao,” he said, referring to their previous performance at Araneta Coliseum being digital with no live audience. Together, the boys then greeted the crowd: “WHAT’S UP, ARANETA?!”

They took the time to greet their individual “houses,” a fandom term used to connote particular favorites. Stell kicked things off, asking for everyone at the “Farm” to scream. Pablo asked his “Hotdogs” to make themselves known, followed by Josh looking for everyone from the “Ihawan.” Ken looking for his “Sisiw” led to shrieks, while Justin’s call for the “Maisan” also yielded loud shouting.

They went into their next song, “MANA,” but not before sharing that it was their first time to perform the song for a live audience. It was followed by their viral power ballad, “MAPA,” which they dedicated to parents and everyone that’s ever strived for something.

Of course, they couldn’t skip the iconic hit “Bazinga.” The song it was earned them seven weeks on the top spot of the Billboard Hot 100 and kicked their global popularity into overdrive.

Their final song turned into a real treat: “SLMT,” a love letter to the A’TIN penned by Pablo, saw the boys invite all the PPop groups that had performed that night onstage with them.

Indeed, the kings of PPop are finally comfortable in their thrones, and with the A’TIN behind them, this is obviously just the beginning.