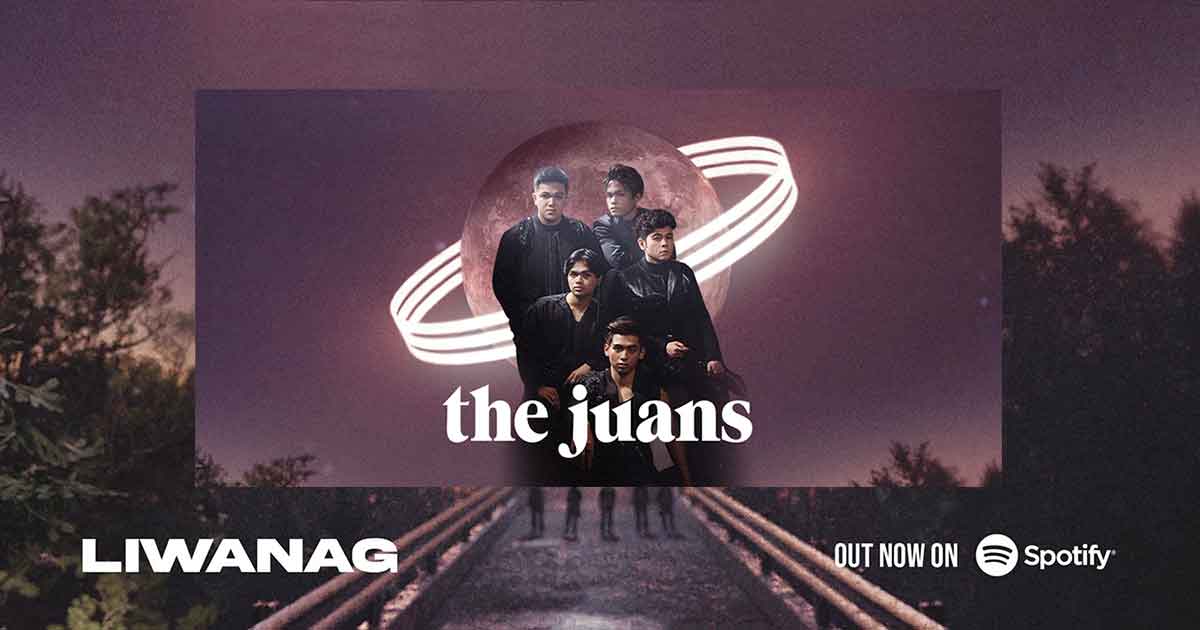 Get ready for another bucket of infinite sadness courtesy of The Juans, as they released their first full-length studio album titled Liwanag.

After their breakthrough hugot hits “Dulo,” “Hatid,” and the videoke favorite “Hindi Tayo Pwede,” the five-piece rock group (composed of Carl Guevarra on keys, Chael Adriano on bass, Japs Mendoza on lead guitar, Joshua Coronel on drums, and RJ Cruz on rhythm guitar) put in a lot of effort to produce a collection that’s sure to touch listeners’ hearts.

On March 17, 2022, select entertainment and lifestyle media members gathered in Botejyu, Fishermall QC, to preview the new album. After the press conference, the band met with some special guests—including their fans, the Juanistas—at the Fisher Mall Cinema to watch lyric videos for the album on the big screen. (Said videos are now up on the band’s YouTube channel.)

Before the show, the band also hopped on Wish FM 107.5’s Wish Bus, parked outside the mall.

Content-wise, their album hits home real hard. But this is because they want to convey tales of life, love, and relationships. The Juans also said that Liwanag’s goal is to inspire and see the light in the darkness.

The band shared that the album is a mix of genres from international artists through local flavors. This includes 5 Seconds of Summer, Imagine Dragons and Pinoy faves like Ben & Ben and IV of Spades.

According to keyboardist and vocalist Carl Guevarra, their core as a worship band wasn’t compromised on this album. He added that they are not ashamed to express that. Some of their tracks were made for a church setting.

“On some of the songs we wrote, we were only being true to ourselves. Like when we write worship songs,” he said.

Lead guitarist Japs Mendoza emphasized that their goal is to connect.

“Yun yung kagandahan or benefit nung goal namin, which is to connect. Na hindi kami nalilimitahan na if we really want to connect, dapat yung sound ng album is for everyone. So it’s a little bit of everything.”

(“That’s the good thing about our goal: to connect. We’re not limited. If we want to connect, the album’s sound should be for everyone. So it’s a little bit of everything.”)

The Juans’ 15-track album Liwanag is distributed by VIVA Records. It’s now available on the streaming service of your choice.