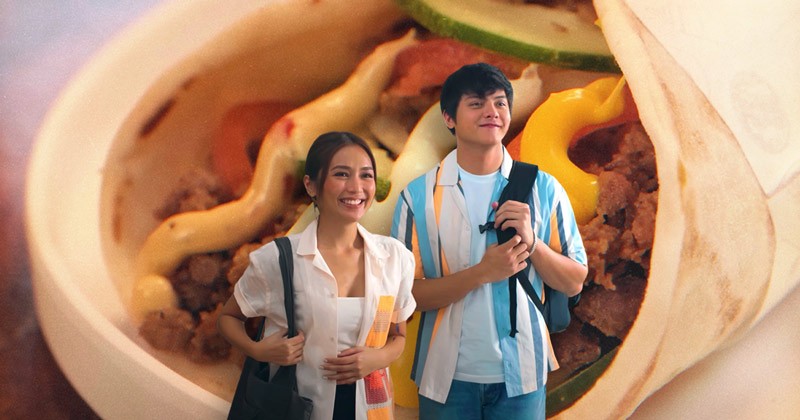 KathNiel and shawarma? Count us in!

The Shawarma Shack is the Philippines’ top value-for-money shawarma establishment. It’s known for its tempting buy-one-take-one offer. It has grown from one restaurant to more than 300 outlets countrywide in three years.

It began franchising in 2017. The company now has over 300 business partners that enjoy the company’s frenzy. It’s committed to offering high-quality food and services to customers. With that, the company plans on making its buy-one-get-one offer permanent.

In the video, we can hear the famous OPM song “Hanggang Kailan” by Orange and Lemons. Any KathNiel fan worth their salt knows this song is the love team’s theme song. It was even part of the OST of their hit movie The House of Us. The King and Queen of Hearts have also performed the song live many times. It’s no surprise that Shawarma Shack chose it for this video.

Watch the video below.

The video seems to be about two lovers who are in a long-distance relationship. As they reminisce about their time together, Daniel sings the Orange and Lemons hit. The video ends with Kathryn showing up at Daniel’s front door and giving him a warm hug.

KathNiel signed their endorsement contracts with Shawarma Shack in 2018. Since then, they’ve provided strong traction for the company. Their endorsement led to an increase in sales by over 50 percent!

“We truly believe in the strong influence of Daniel and Kathryn in promoting our product. We never had any second thoughts about renewing their contract,” Walther Buenavista said.

Buenavista is the CEO of Shawarma Shack.