From its fascinating tune to its rather mundane yet somehow relatable lyrics, there are simply tons of reasons to love Eraserheads’ “Spoliarium.” But for longtime fans of the legendary OPM band, there’s more to the song than meets the ears – a deeper, more chilling message that surrounded it for years. Well, at least according to fans.

We all know “Spoliarium” is one of renowned Filipino painter Juan Luna’s most famous works. Yep, it’s that oil on canvas displayed at the National Museum for Fine Arts. But for starters, “Spoliarium” fans always thought the song is not about Luna’s work, but  rather an ode to 80s star Pepsi Paloma.

More than two decades later, Eraserheads frontman himself – Ely Buendia – crushed the hearts of fans after revealing the true meaning of the song that left many intrigued for a long period of time. In a recent interview on Saab Magalona and Jim Bacarro’s podcast, Ely Buendia made a startling remark: “Spoliarium” is just “all about getting piss-drunk.” SAY WHAT?! Yep, after Eraserheads got hangover after drinking GoldschlÃ¤ger!

“‘Spoliarium’ is one of those cases where really the myth has sort of taken over the facts and I kinda like it. I kinda like the myth, because the actual meaning of the song is also again, just really mundane,” Buendia said.

The singer went on: “Are you disappointed? But I’ll bet you that the myth will still go on even after I said this.”

Nonetheless, Ely said he’s proud of the song. “It’s one of those songs I’m really proud of,” he said. “I sing it live all the time.”

In a 2011 interview, Ely was asked whether the song was indeed about Pepsi Paloma but said he would “take this secret to the grave.”

Since the song’s release in 1997, fans shared various speculations about the song, with many believing it’s all about the rape case of actress Pepsi Paloma who died in 1985 at the age of 19.

Three years prior to her death, the late actress filed rape charges against Vic Sotto, Joey de Leon, and Ricardo “Richie” D’Horsie. While the case was brought to the court, it was later dropped after Vic Sotto’s brother Tito allegedly “intimidated” her.

Fans believe there were several references about the Pepsi Paloma rape case including a mention of the names “Enteng” and “Joey” – the nicknames of Vic Sotto and Joey de Leon. 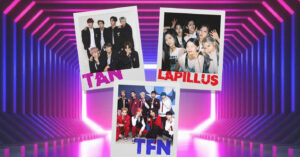