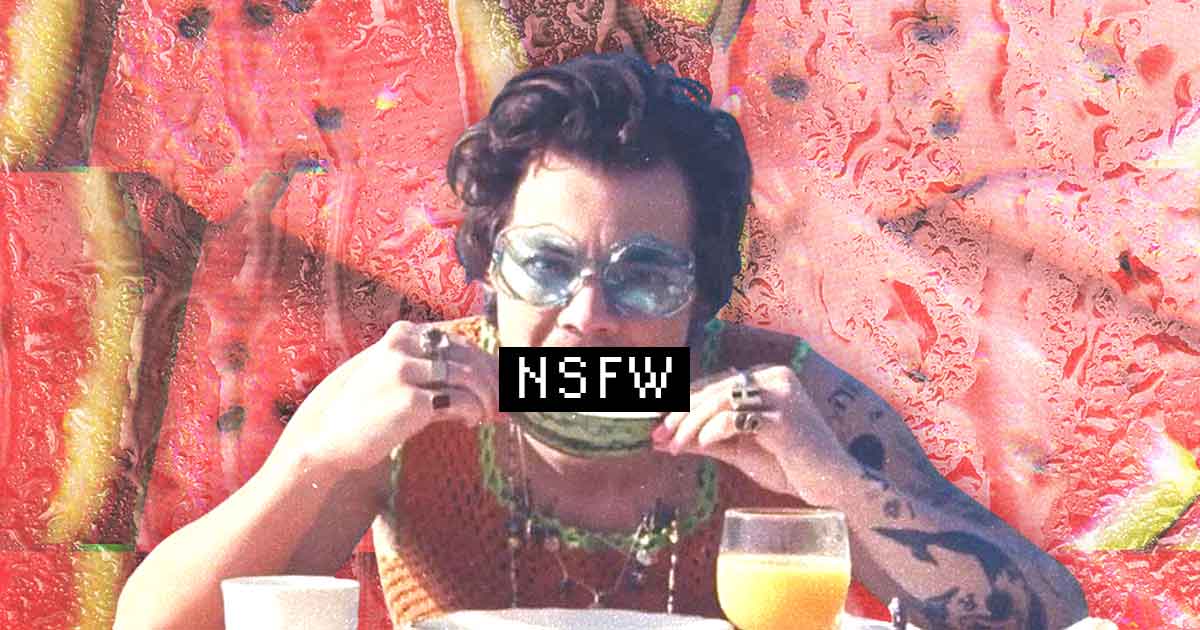 It’s been almost two years since Harry Styles released his much-awaited second solo album, Fine Line, and he’s only now clarifying the meaning behind one of his most popular songs. The former One Direction member seems to love fruits, beginning with Kiwi to Watermelon Sugar, where he mentions strawberries and lemons.

The Reference Material Was a Novel

Initially, Harry said that the song was inspired by a Richard Brautigan book during his Tiny Desk Concert for NPR in May 2020. The book titled “In Watermelon Sugar” was on the table, and he thought it would be cool to attribute a song to the novel. “It’s about that initial, I guess, the euphoria of when you start seeing someone or sleeping with someone or just, like, being around someone and you have that kind of excitement about them,” he explained at that time.

Harry has now backtracked and said that the song’s meaning is more NSFW than he first claimed. We already knew it wasn’t about fruit, but it was still amusing to hear him expound on the chart-topping song’s message to a live audience.

The True Meaning Behind Watermelon Sugar

During his concert in Nashville for Love on Tour, Styles clarified the actual meaning behind Watermelon Sugar. He teased the audience at first by cheekily saying, “It doesn’t matter what it’s about,” then went on to emphasize that it was indeed a sexual innuendo.

“It’s about the sweetness of life,” the singer said. “It’s also about the female orgasm, but that’s totally different. It’s not really relevant.” As expected, this comment made the crowd go bananas. At least now fans confirm what he meant and put speculations about the song’s sexually provocative meaning to rest.

Regardless of the meaning behind the track, Harry reveals Watermelon Sugar took him the longest to finish. “We liked it when we first heard it, then I really hated it for a long time. And then it came back and kept coming back into the mix,” he elaborated.