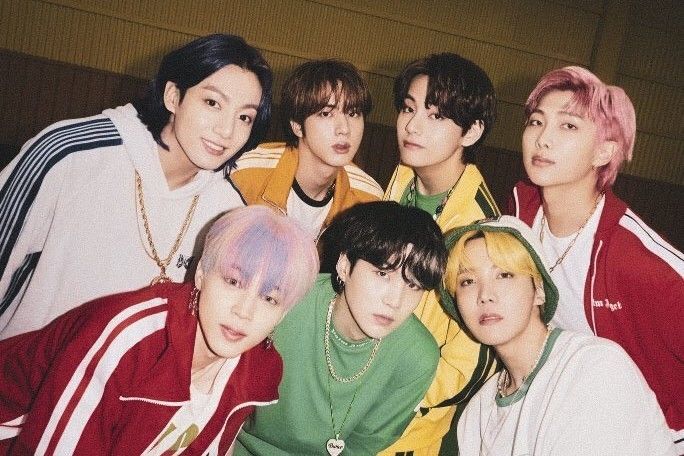 If you’ve been anywhere in the world for the past 10 years, you’ve had to have heard of global superstars BTS. Aside from continuously breaking records and topping charts, BTS is also known for their explosive performances, humble personalities, and diverse music.

As one of the most influential and popular boy groups that South Korea has ever produced, the seven-member band also has one of the strongest fanbases in the world. ARMY, or so they’re called, is a fierce group of fans that will protect their favorite entertainers in the face of many struggles.

But it leaves one to wonder, what makes them so drawn to the K-pop group? Based on our research, here’s why:

Anyone who knows anything about K-pop knows that a large part of the idols’ success starts with the company they debut with. “The Big 3,” or JYP, SM, and YG Entertainment, are the largest companies in the K-pop industry. Groups that debut under them are sure to receive a lot of support and airtime on Korean media.

BTS however, debuted under a small company named Big Hit, which was on the brink of bankruptcy at the time. The boys didn’t get to enjoy the perks of debuting under a big company and experienced many setbacks, like having their performances cut short or being snubbed from music shows.

It’s no secret that fans love a good underdog story, and the fact that the biggest boy band in the world came from such small beginnings makes them all the more relatable and real.

Their talent is all-encompassing

You can argue that the K-pop industry is a manufacturing machine. Idol groups produced under big companies are trained in dancing, singing, rapping, and even foreign languages, years before their debut. It’s safe to say that each idol has something they’re good at, and that contributes to the rest of the group.

But it doesn’t take a trained eye to see that BTS is exceptional in the amount of talent held in their team. While each member has their strong suits (J-Hope as the dancer, Suga and RM as rappers), the magic of BTS is that they do things well together. Their performances are always lauded for being the most energetic because every member delivers in each art in the most cohesive way possible.

They have an ability to combine their different talents and assimilate what they lack into the perfect entertainment package.

Their music is not defined to one genre

To others, K-pop can easily be defined as one genre of bright and catchy pop tunes. And for the most part, that may be true. But the reason why BTS stood out among other K-pop groups is because their music transcends the general definition of “K-pop.”

A quick look into their discography will show that the group has dabbled into Latin pop, hip-hop, EDM, and R&B, just to name a few. The diversity of their music and the genuine feelings that the members try to convey in each song pulls in fans that are open to more than one music genre.

Because each song sounds different, the listening experience is all the more exciting.

They maintain a close relationship with fans

The fanbase is arguably one of the most important parts of being a K-pop idol. Without each respective fandom, K-pop groups would crumble under the lack of support. Fans, after all, are the heart of an entertainer’s career.

BTS not being able to frequent Korean music shows due to their company’s small budget and lack of connections led them to engage in the best marketing there is — social media. They developed an active Youtube channel with a mix of vlogs, games, and performance videos that allowed ARMY to get to know them better as a group.

Their livestreams and other online content brought them outside the local fanbase and helped them amass the strong international fanbase they have today.

Their personalities shine the brightest

Lastly, the best asset that BTS carries is their individuality. The members undoubtedly work well as a team, but individually, their talents and charms shine bright. As a result of their extensive social media reach, fans are able to see each unique personality that makes up BTS.

Those who have yet to watch a BTS video will be surprised to find that the people behind the big name are just regular, fun-loving young adults. The goofiness of Jin’s dad jokes or charisma of V’s friendliness is what keeps fans coming back for more.

All in all, ARMY loves BTS because the group has managed to keep up an authentic and honest image with their fans. They’re more than what meets the eye and that’s probably what their fans appreciate the most.

In the face of hardships, BTS pushes on and, as described in their newest hit single, “Butter,” ARMY will be right behind them when they so.