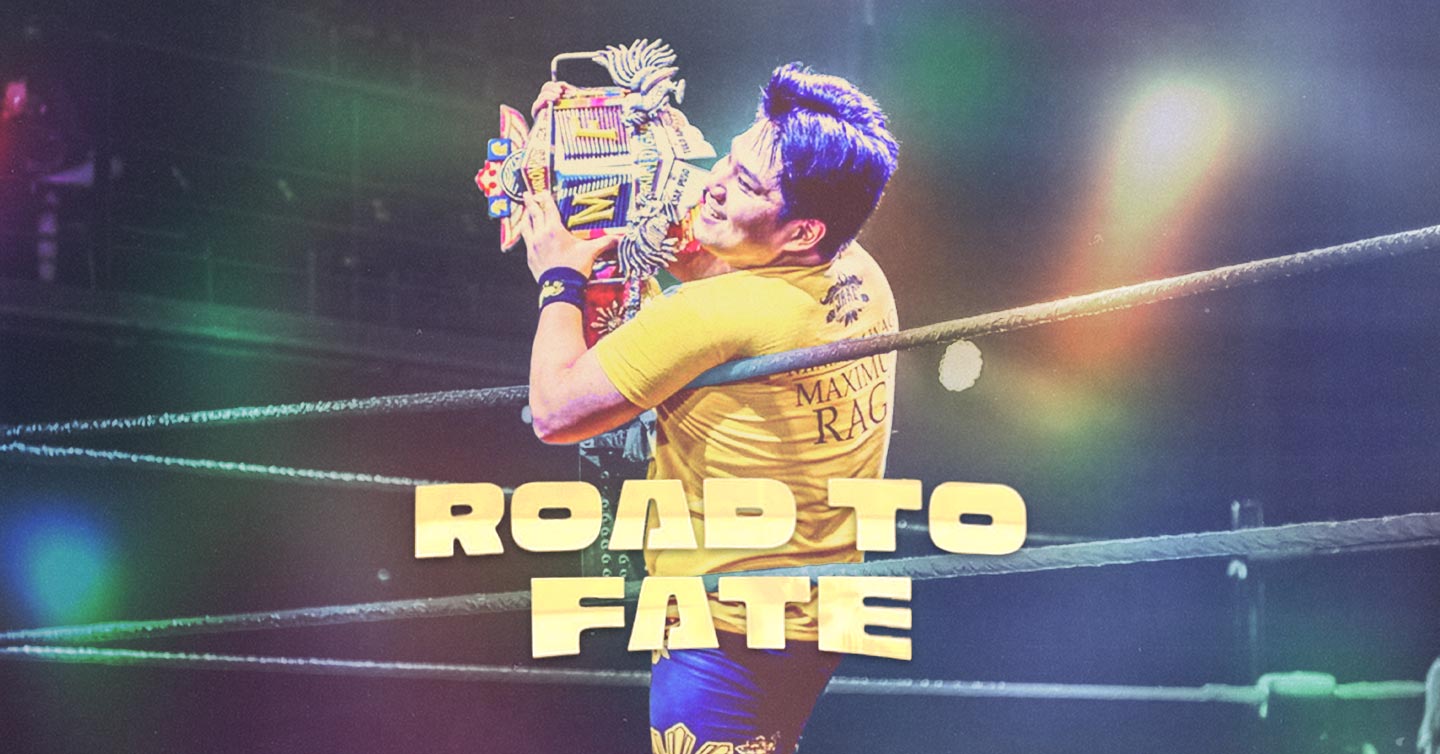 Here’s a recap of what Philippine wrestling has to offer.

Philippine wrestling is alive and well, with Manila Wrestling Federation back in action. MWF Road to Fate 2022 took place last September 11 at the PETA Theater in Quezon City.

From the pre-show to the main event, it was a jam-packed show that had fans cheering throughout the night. Here’s everything that went down.

The MWF Road To Fate pre-show featured two matches. Both carried the stipulation of granting a roster spot to two trainees.

The first match was Purple Shirt vs. El Katipunero. Considering their size difference, common sense would give the win to Purple Shirt. What came as a surprise was the good amount of storytelling in the match. After manager interferences and taunting the kalesa-bound Super P, Purple Shirt won via knockout. Bro. Jomar Liwanag came out after the match and gave Purple Shirt his official name: Aaron Liwanag.

The second match was Main Maxx vs. White Shirt. Unlike the first match, these two were on equal footing regarding their size. But fans know that facing Main Maxx is no easy feat. The hard-hitting veteran showcased his uncanny speed and agility throughout the match. Although White Shirt lost, he still gained Main Maxx’s and the crowd’s respect.

MWF Road To Fate was a packed card

MWF Road To Fate had a total of seven matches. Each one upped the ante as the night wore on.

Things kicked off with Robin Sane against Ken Cifer. Sane got boos and jeers for most of the match. Despite that, he acted as if the crowd was behind him and thanked everyone for coming. A handshake in the middle of the match showed Cifer’s calmness versus Sane’s frantic actions. Despite his insistence on wrestling for the fans, Sane lost the match to Cifer.

Up next was Razael vs. Danny Zamora in a no disqualification, falls count anywhere match. The humorous yet action-packed match saw the tough guys from Cavite and Tondo battle it out. They brought weapons such as a baking tray, a wet handkerchief, and a Kendo stick. They also took the match around the theater, much to the crowd’s delight. After several wild sequences, Zamora pinned Razael outside the ring.

CJ Serafin and Chelsea Marie vs. Migs Valdez and Kanto “Kilabot” Terror was a textbook tag match. Valdez and KKT dominated Marie early on, but it wasn’t long until the tables turned around. Serafin and Marie were a cohesive unit, while Valdez and KKT were anything but. After missing calls to make a pin, KKT took the loss for him and Valdez.

The Rex Lawin and Dabid Ravena match was as hard-hitting and emotional as possible. It’s understandable, given the stipulation that the loser must leave Philippine wrestling. The two were able to showcase their respective offenses. Lawin looked poised to win with brutal strikes and a smooth power slam. But Ravena’s stamina and tenacity ultimately wore the veteran down. After the match, Lawin gave an impassioned speech thanking the fans for their unending support. If there was a perfect time and place for Lawin to end his career, MWF Road To Fate was it.

MWF teased the Jomar Liwanag and Ken Warren match throughout the night. Warren was MIA, and Bahay ng Liwanag used cult magic to play mind games. Warren looked dazed and confused from the middle of nowhere to the center of the ring. Liwanag blindsided him to kick things off, with Warren having to wrestle in street clothes. Despite Warren’s valiant efforts, Liwanag overpowered him for most of the match. And the new undisputed SETUP Thailand 24/7 champion: Jomar Liwanag.

The match between St. John Martin and Black Shirt was an obvious pacesetter. Like the pre-show matches, it was a chance for one trainee to gain his spot on the roster. While it was meant to set the pace, nothing about this match felt like a filler. With SJM’s MMA style and Black Shirt’s offense, this battle was as action-packed as the matches before.

The MWF Road To Fate main event was supposed to be a four-way match. On September 10, a day before the show, the promotion announced that Crystal would not be competing.

Despite Crystal’s absence, the triple threat elimination match was something for the books. Featuring three of the best that Philippine Wrestling had to offer, fans could go any way and never get it wrong.

Nigel San Jose showcased his arsenal of suplexes. Fabio Makisig unleashed lethal kicks. Jake de Leon amazed the crowd with his athleticism. Pick something that wasn’t enjoyable from this match; it’s a short list with nothing on it.

While NSJ was a crowd favorite, he was the first to go after a rollup by JDL. That left JDL and Fabio Makisig. Mr. Philippine Wrestling versus MWF’s last remaining originals.

It was an uphill battle for Makisig. He was nursing an injured shoulder from an altercation with Robin Sane. While Makisig used strong kicks to wear JDL down, the latter had a weakness to exploit. And exploit he did, showcasing a variety of strikes and submissions focused on that area.

After what looked like sheer torture, JDL hit Makisig with his signature moves, Alipin Drop and Inasal Lock. With the submission hold knocking Makisig out, JDL secured the win. He’s not just Mr. Philippine Wrestling. He’s also the new MWF champion. With another title to decorate his career, JDL continues to cement his legacy.

MWF Road To Fate was a statement about the greatness of the Philippine wrestling scene. From production to booking, everything screamed top class. This isn’t the Philippines’ version of WWE. This is Manila Wrestling Federation, and they’ve carved their own place.

For those who missed out on the action, catch MWF Road To Fate 2022 on Gank. Visit the MWF website for more information on how to subscribe.