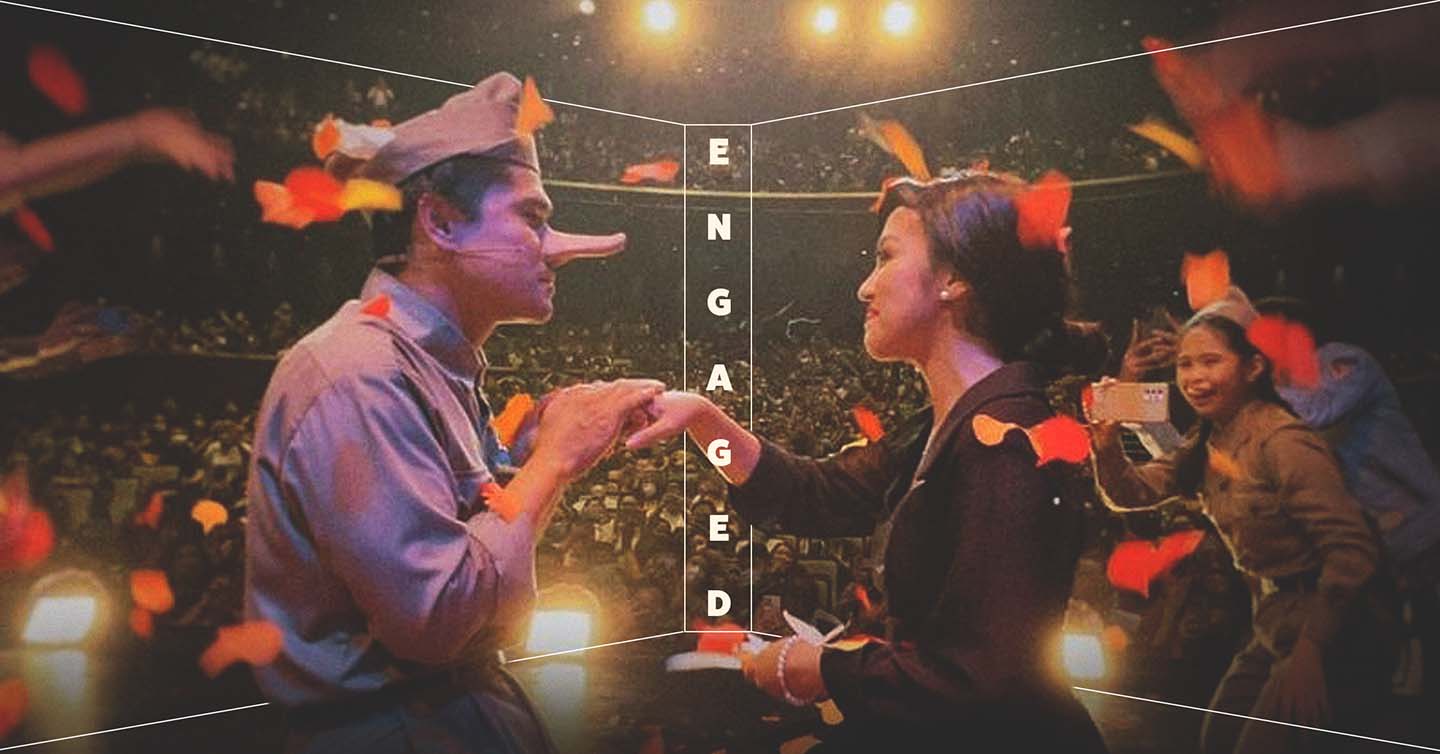 He got down on one knee during the curtain call!

“Mula Sa Buwan,” an adaptation of “Cyrano De Bergerac,” is beloved by Pinoy theatergoers. It’s a beautiful adaptation. The story revolves around Christian, Cyrano, and Roxane navigating 1940s Manila. The kundiman and pop-rock tunes ensured many runs. The latest one was such a success that it will make a comeback in December!

But the recently-concluded run didn’t end on a high note just because of that announcement. It was because real love flourished in the venue. Myke Salomon (Cyrano) proposed to his longtime girlfriend Gab Pangilinan (Roxane)!

Much like the show’s love story, the proposal was magical from start to finish. The cast took their final bows and revealed the December run. Then, a “special delivery” arrived for Gab! As it turned out, the letter was from Myke, and it was quite a romantic one.

But the most important part of Myke’s letter written to his lady love was the big question (and the poetic way he phrased it). It went like this: “Maaari ka bang imbitahin maging ligaya, pangarap, at pag-asa?”

As soon as Gab finished the letter, Myke got down on one knee and proposed. Gab paused long enough to catch her breath and glance at her parents in the audience before giving Myke an enthusiastic, thrilled “YES!” The crowd burst into elated cheers, and the rest of the cast wasted no time showering the pair in confetti.

Cast member Stephen Viñas was able to film the moment. Others were quick on their feet, resulting in a beautiful collection of photos and videos that allowed everyone to celebrate the moment.

Congratulations to the happy couple!