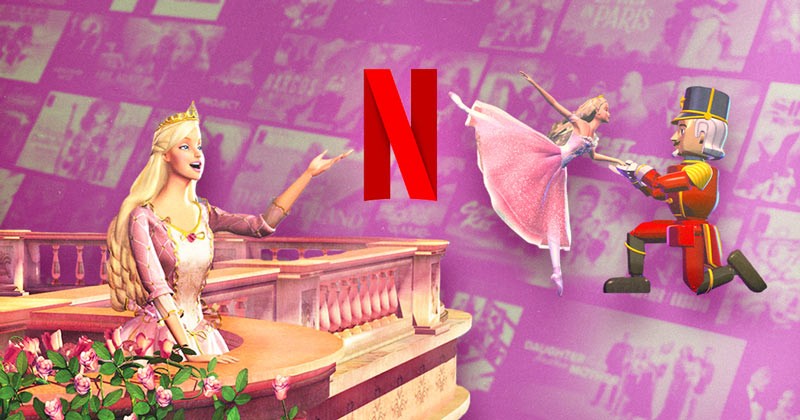 These OG Barbie Movies Are Now On Netflix!

Calling all the early 2000’s babies out there!

It’s a Barbie world for us all out there. At long last, Netflix has finally given us the chance to revisit our childhoods. With these OG Barbie movies, you’ll be sure to get hit by nostalgia. Don’t get me wrong, the new ones are great, but these classics just hit differently.

Barbie As The Princess And The Pauper

A whimsical story between two girls who look alike yet live very different lives. One was born into royalty, the other into poverty. With their lives being so different, it’s unlikely they would meet. Fate, however, had other plans.

Anyone who’s anyone remembers this movie. Everyone knows the iconic duet between Princess Anneliese and Erika.

Barbie and the Magic of Pegasus

Now this one is a classic and is often overlooked.

In a snowy kingdom, Princess Annika takes action to save her subjects as an evil sorcerer freezes the place. She joins up with a magical winged horse to travel far and wide in search of a way to defeat the villain.

Everyone knows the tale of Rapunzel and her long golden hair. But, in this take on the story, she’s armed with a magic paintbrush.

With her yearning for love and for the outside, Rapunzel attempts to leave her tower. This journey reveals truths about her history with Gothel. With the help of her trusty animal sidekicks and a magic brush, she searches for a way to leave for good. She then faces terrible consequences for her actions.

Barbie in The Nutcracker

The first-ever Barbie animation is finally available for us on Netflix.

In a story about love, ballet, and dreams, Barbie wakes up one night to find her nutcracker alive. She then gets cursed by an evil mouse king and shrinks. The only way for her to reverse the spell is to find a princess with the power to help her.

You feel old yet? Can you believe that these Barbie movies premiered around 20 years ago? The quality might not have been the best, but that didn’t matter to us back then.

So go on and binge-watch some Barbie on Netflix. Don’t worry, we won’t judge because “I’m just like you..”