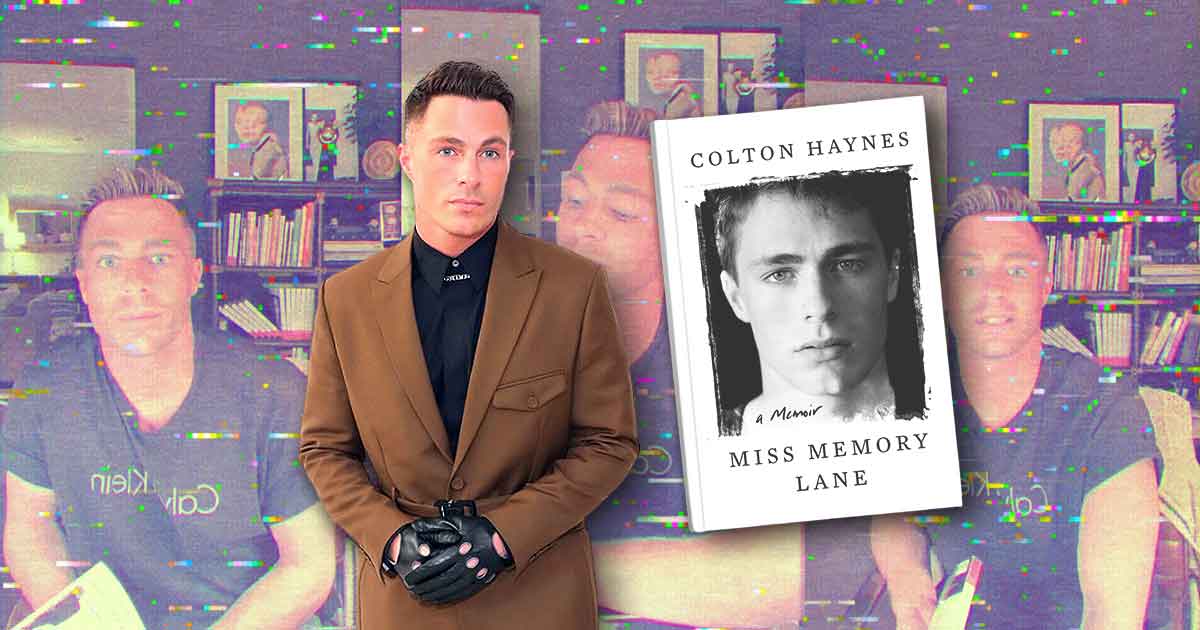 See him as you’ve never seen him before.

Colton Haynes gets candid about his life and times in Miss Memory Lane. Critics say the book is “an honest memoir of lust, abuse, addiction, stardom, and redemption.”

The American actor and model got his big break on Teen Wolf. He played Jackson Whittemore but left the show after two seasons. Many speculated that his departure was due to failed contract negotiations. But whatever the case, Haynes was a major part of the show’s success. He then went on to play Roy Harper on Arrow.

“It took me so long to get to this point, but I’m doing so good. I’m happier and healthier than I’ve ever been, and that’s what I care about.” Haynes said in an interview with Entertainment Weekly.

He later revealed that his decision to come out of the closet affected his career. According to him, coming out made it hard to get casted. Offers slowed down to a trickle before stopping altogether. He then called out Hollywood for its lack of support for gay actors.

A couple of years later, Haynes ended up in a dark place. His alcohol and drug addiction led to him waking up in a hospital bed, unable to see out of one eye. That’s when he realized he needed to turn his life around.

Colton Haynes and his truth

These days, he’s all about facing his truth. His memoir is proof of that. Writing it wasn’t easy for Haynes. From addiction to the death of his mother, he admits the process “almost killed” him. But what kept him going was the thought that he needed to get rid of things he’s held onto for so long.

“I know today that I’m only as sick as my secrets,” he told PEOPLE.

Haynes dedicates his memoir to queer kids and his loving mother, who passed away in 2018. Miss Memory Lane will be out on Tuesday, May 31.