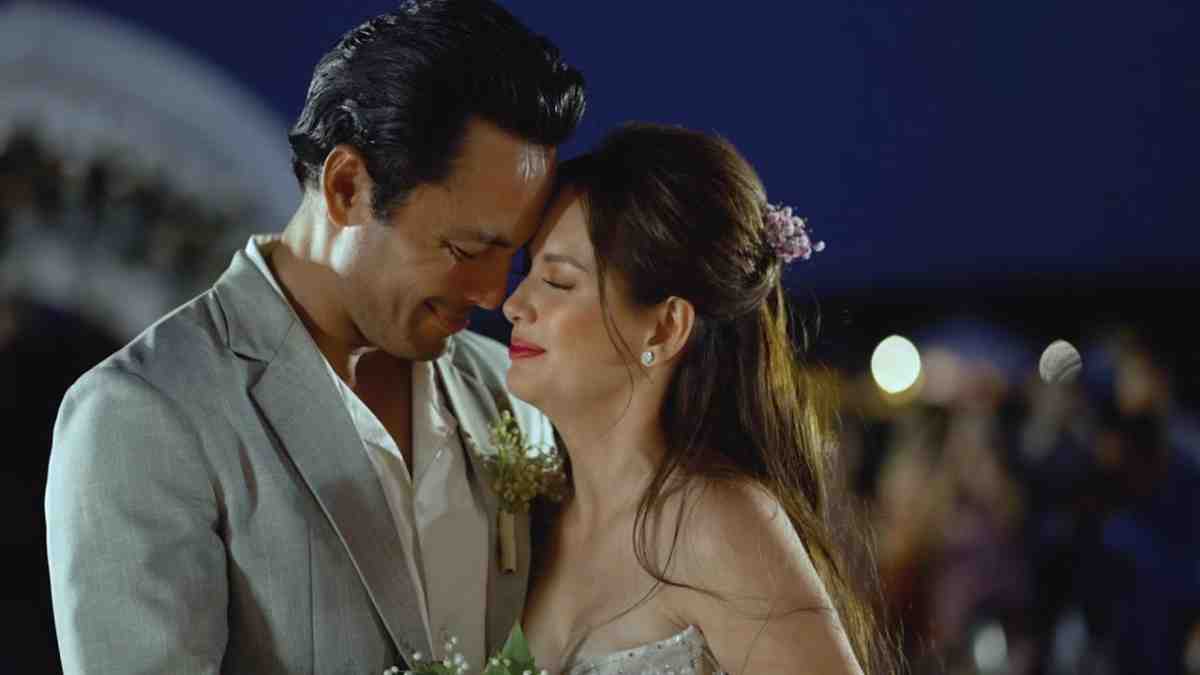 The lavish ceremony took place in Rancho Bernardo Luxury Villas and Resort in Bagac, Bataan, where celebrities like Vicki Belo and Hayden Kho were in attendance. Both of the couple’s sons from previous relationships were also present.

Videos and photos from the event shared by Adarna on her Instagram page show a night of fun and dancing at the luxury mountain resort. One of the most notable moments includes Adarna’s recitation of her vows for her leading man.

“I promise to be the b**** that you fell in love with, and that will be maintained very well,” the 33-year-old said over the laughter of the crowd. To this, Ramsay replied a similar remark: “Life is a b**** , then you marry one.”

The reception proved to be a feat in itself for wedding specialist La Belle FÃªte. Once a barren moutaintop, the space later featured customized tents with electricity and water supply. A fully functional kitchen and portable toilets were also set up from scratch.

Rumors of the pair’s relationship first began circulating in January, when they were spotted getting close during a dinner party. Despite denials, they later went on to confirm their romance in February, with Ramsay proposing in March.