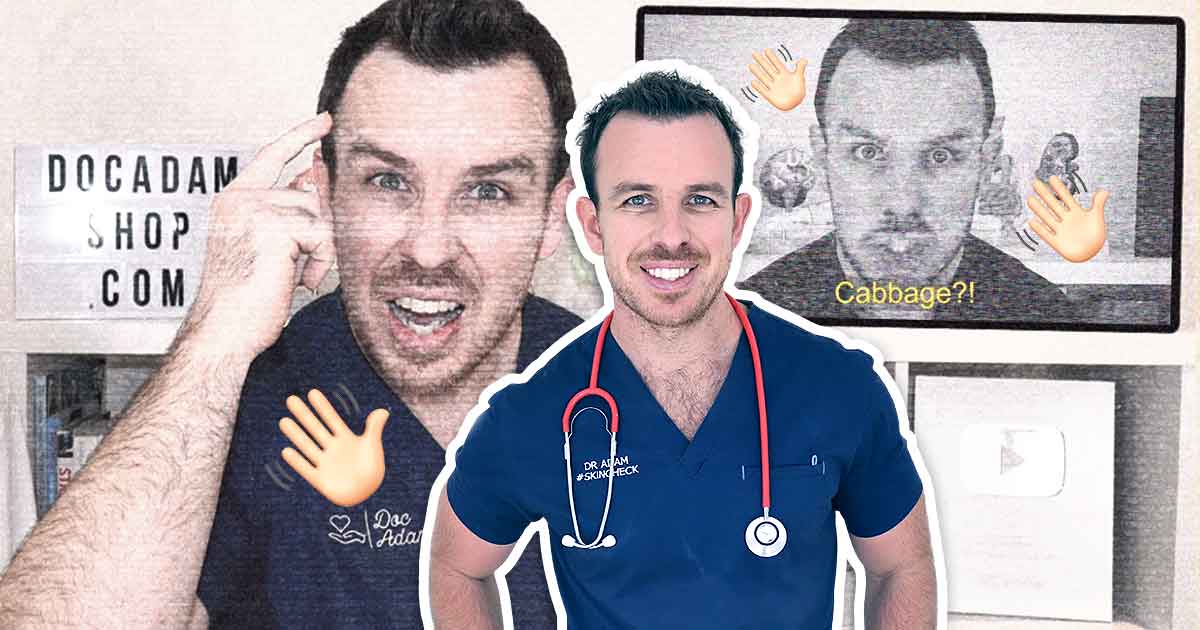 Doc Adam is known for debunking medical misinformation and bogus businesses in the Philippines.

Filipino-speaking Australian-based doctor Adam Smith, who famously goes by “Doc Adam” on YouTube, is logging off YouTube for good as he and his wife decide to take a “different direction in life” following four years of helpful health-related content on the video-sharing platform.

In a YouTube video posted on Saturday, October 30, the transcript of which was posted the next day, Smith announced his departure from YouTube. He cites that his medical vlogs, which have helped people avoid medical misconceptions and have exposed businesses who sell medical products with bogus claims, have drawn unwanted vitriol, compelling him to call it quits and pivot onto another path in life.

“Noong una, ‘yung mga health tips lang — tungkol sa healthy eating, tungkol sa iba-ibang bahagi ng katawan, and all about the different illnesses. Basically, anything that we thought would be helpful to people living in the Philippines and OFWs living abroad,” Smith started.

“However, when I started giving my opinion on these things, some people became very angry, very fast . Most of the time I was not being attacked for the facts and infomation I was giving. I was being attacked personally.”

“Dahil sa lahat nang naranasan ko… KC (Smith’s Filipina partner) and I had some chat and we decided we are going to stop Youtube. After some long discussions, we’ve decided we want to take a different direction in life. We’re gonna get married next year and we plan to head to the north of Australia and do some work with the deprived communities there.”

Read his full statement below:

One of his educational vlogs even led to a lengthy legal dispute with one Dr. Farrah, real name Farrah Agustin-Bunch, who sells organic products with misleading and, per Smith, “dangerous” medical benefits. After correcting several false beliefs stemming from Bunch’s natural medicines, Smith was embroiled in an expensive lawsuit that has allegedly amounted to more than 200,000 Australian dollars (over P7.5 million).

He is due to face Bunch in an Australian court in March 2023. He has also launched a GoFundMe and GCash campaign to help pay off steep legal fees.

Despite previously having her license revoked by the Food and Drug Administration (FDA) for selling unregistered health products, and despite a warning from the same stating that her distribution is illegal, Bunch’s products continue to make it to the public through several distributors nationwide.

In his parting statement, Smith also took a jab on local health agencies for their lack of teeth — or rather, “balls.”

“However, before I leave, there are some things I need to get off my chest na nakakainis talaga sa akin. Number one, is for the official government bodies like the FDA, DOH in the Philippines,” Smith said. “Alam ninyo kung gaano ka-delikado ang health claims ng ilang negosyo diyan sa Philippines! People are being harmed because of dangerous health claims being made by many companies!”

“Grow some bayag and put a stop to it.”

Smith also took a swipe at local celebrities and influencers who continue to promote products and services that propagate “outrageous and dangerous health claims just to earn.”

“You are also part of the problem,” Smith said.

Smith started vlogging in 2017 after years of visiting the Philippines to take part in medical missions. Speaking in straight Filipino, Smith amassed more than two million subscribers on YouTube for his informative health tips and medical facts which he delivers in flawless Filipino.