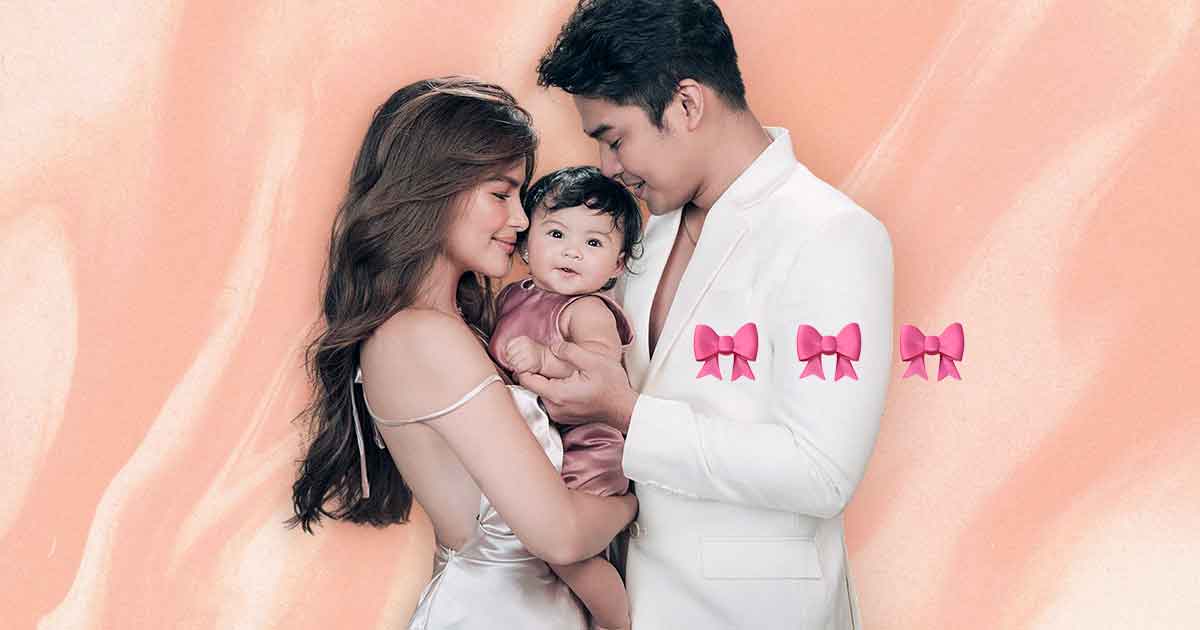 On Sunday, October 31, former PBB housemates Elisse Joson and McCoy de Leon announced that they were parents to a baby girl.

During their guesting on Pinoy Big Brother: Kumunity Season 10, the pair asked “Kuya” to be the godfather of their daughter Felize.

(Big brother, McCoy and I have a beautiful and kind daughter. We’re thankful to be given the chance to come back here and share our good news with you. We thought that we felt greatly indebted to you, since we started here in your house.)

On Instagram, Joson also penned a message for Felize. “Our little angel, ready to say hello to the world,” she wrote under a picture of her infant daughter’s feet. “Dearest Felize, life was uncertain before you came. I didn’t know which path to take, the choices to make. I didn’t know what to be, what I want to be..Now, nothing is clearer to me than to be the best me, to be the best mommy, for you.”

The couple first met in 2016, as part of the Pinoy Big Brother: Lucky 7 batch. They later went on as a loveteam in popular teleseryes like FPJ’s Ang Probinsyano and The Good Son, as well as the film Sakaling Maging Tayo. While they broke up in 2018, they sparked rumors of a reunion in 2020 when de Leon posted a photo of him and Joson.

Earlier in June of this year, they confirmed that they were back together.