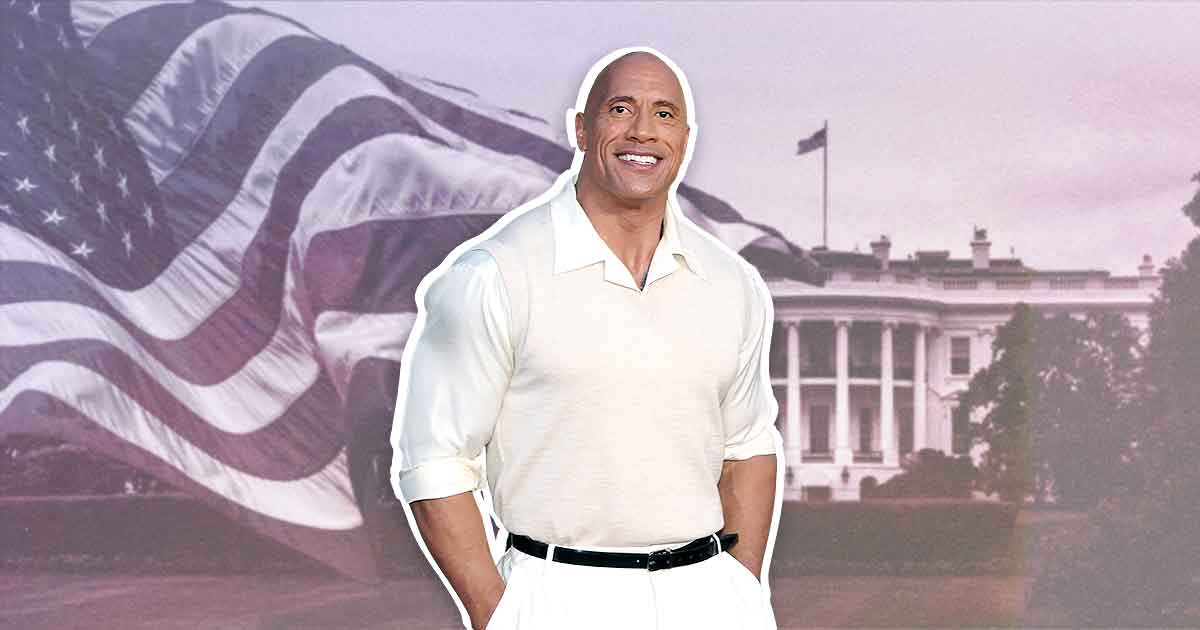 Here’s what Dwayne Johnson said about his possible political future

You may know Dwayne Johnson as The Rock from his days as a professional wrestler. You probably even know he’s become a bonafide Hollywood superstar, with blockbuster hits left and right. Can you imagine him in the political arena?

According to Fox News, he’s not saying no to possibly running for office in the future. The 49-year old actor said he’s spoken to people in the political arena and done “a small amount of research and analysis to see where this support comes from and to see what it could look like in the future.”

“I care deeply about our country. I care about every f–king American who bleeds red, and that’s all of them. And there’s no delusion here, I may have some decent leadership qualities, but that doesn’t necessarily make me a great presidential candidate. That’s where I am today,” Johnson confirmed.

This isn’t the first time Johnson has spoken about going into politics. He discussed his political aspirations during his guest appearance at the TODAY show. “I do have that goal to unite our country,” he told host Willie Geist, adding “I also feel that, if this is what the people want, then I will do that.”

He then noted that the ability to unify Americans is a necessity for the longevity of the nation. “I am passionate about making sure that our country is united because a united country, as we know, is the strongest, and I want to see that for our country,” he concluded.

So there you have it. Johnson admitted that he’s not well-versed in the world of politics, but a lot can happen in fours year. The Rock for president, anyone?