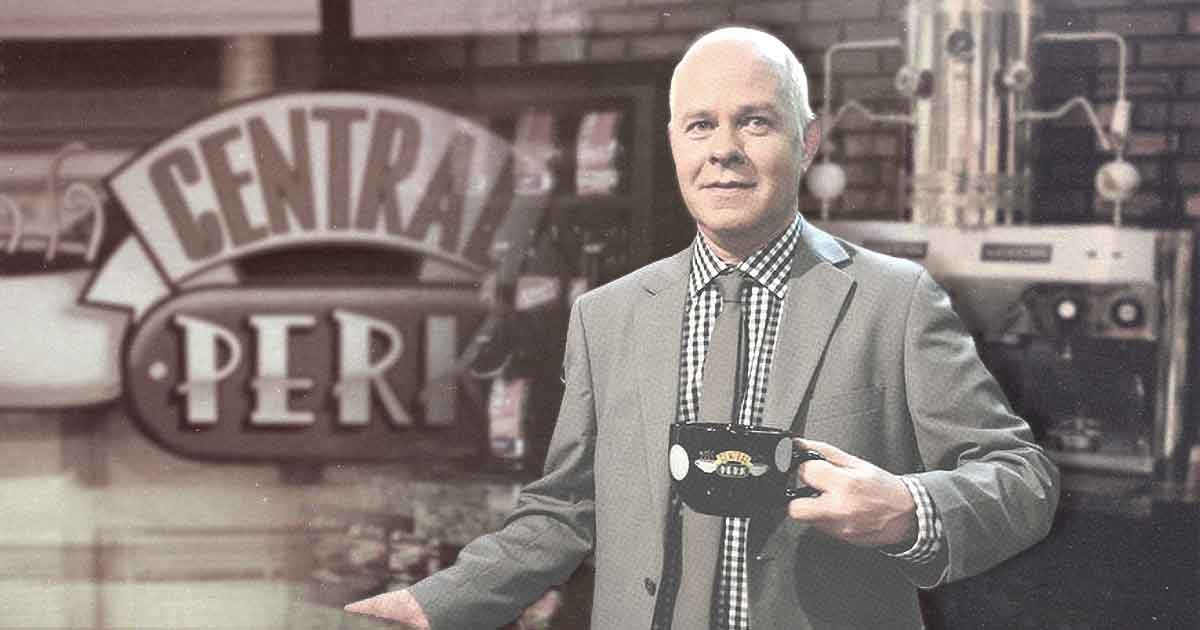 “And when I’m in a cafÃ© having coffee, or I see a man with hair brighter than the sun, I’ll think of you.”

James Michael Tyler, the real-life barista who starred as Gunther on the TV sitcom “Friends,” died on Sunday at his home in Los Angeles after a long bout with prostate cancer, his manager Toni Benson confirmed. He was 59.

“The world knew him as Gunther (the seventh “Friend”), from the hit series Friends, but Michael’s loved ones knew him as an actor, musician, cancer-awareness advocate, and loving husband,” Benson’s statement read.

“Michael loved live music, cheering on his Clemson Tigers, and would often find himself in fun and unplanned adventures. If you met him once you made a friend for life,” the statement continued.

Tyler was first diagnosed with prostate cancer in 2018 and first revealed the diagnosis in June. Over the summer, Tyler spoke publicly about his diagnosis. “I was 56 years old at the time, and they screen for PSA, which is prostate-specific antigen,” he said. “Nearly immediately, my doctor called me and said ‘Hey, I need you to come in tomorrow because I suspect that you may have quite a serious problem with your prostate.’”

Joining the cast of the popular comedy series “Friends” as the barista of Central Perk who was head-over-heels smitten by Rachel (Jennifer Aniston), Tyler appeared in 150 episodes across 10 seasons of the show. Invited onto the show’s first series as an extra named “Coffee Guy,” Tyler’s time in front of the camera slowly grew, eventually adopting the name Gunther, and building the courage up to the series finale to confess his love for Rachel.

Tyler His cancer diagnosis was also the reason Tyler had to appear virtually during the recent “Friends” reunion.

“I wanted to be a part of that, and initially I was going to be on the stage, at least, with them, and be able to take part in all the festivities,” said Tyler, who appeared via Zoom. “It was bittersweet, honestly. I was very happy to be included.”

“When he started as an extra on ‘Friends,’ his unique spirit caught our eye and we knew we had to make him a character,” read the statement by ‘Friends’ co-creators Marta Kauffman and David Crane to CNN. “He made Gunther’s unrequited love incredibly relatable.

On social media, Tyler’s fellow cast members on ‘Friends,’ led by Jennifer Aniston, expressed their sympathies. On Instagram, Aniston posted a photo of Tyler on set as well as a clip from the show’s final episode showing the pair’s final exchange where Aniston’s Rachel gently turned down his romantic confession.

“’Friends’ would not have been the same without you. Thank you for the laughter you brought to the show and to all of our lives. You will be so missed,” wrote Aniston.

Courteney Cox, who played Monica, also voiced her condolences on Instagram. “The size of gratitude you brought into the room and showed every day on set is the size of the gratitude I hold for having known you,” she wrote. “Rest in peace, James.”

Lisa Kudrow, or Phoebe on the show, posted the same photo along with the caption: “James Michael Tyler, we will miss you. Thank you for being there for us all.”

David Schwimmer, also known as Ross, thanked the late actor: “James, thank you for playing such a wonderful, unforgettable role in Friends and for being such a big hearted gentleman and all around mensch off screen. You will be missed, buddy.”

Matt LeBlanc also took to Instagram to post a picture of his character Joey chatting with Gunther inside Central Perk.

“We had a lot of laughs buddy. You will be missed. RIP my friend,” LeBlanc wrote.

Born on May 28, 1962, Tyler was the youngest of five children between a retired Air Force captain and a homemaker, according to his IMDb biography. Aside from “Friends,” Tyler has also appeared in other series such as “Sabrina the Teenage Witch, “Scrubs,” and “Modern Music.”

Tyler is survived by his wife, Jennifer Carno.