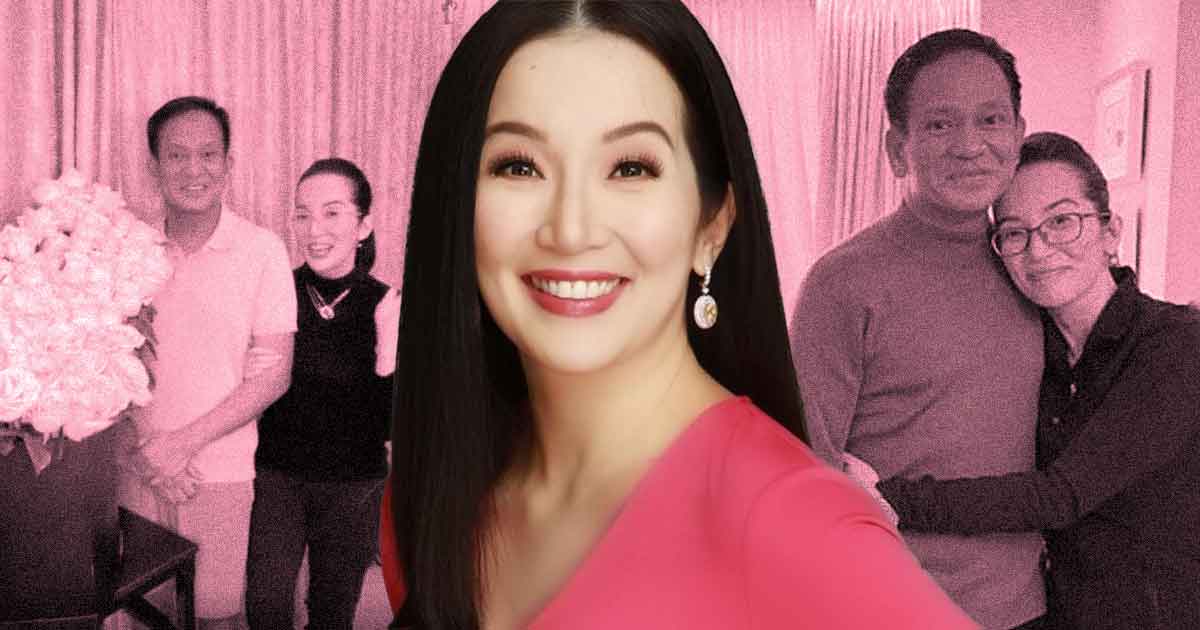 The 50-year-old mother of two took to social media to share the news, posting pictures of herself receiving treatment for an undisclosed illness and a breakup text from Sarmiento.

“I want to spare myself and my loved ones from further rumors and speculation,” she began, going on to say that the state of her health has continued to “deteriorate” and that she will soon have to fly abroad to undergo further testing. She also said that she now weighs only 88lbs and that her autoimmune disease has made it difficult to live in a time where a pandemic has ruled the past two years.

(With what I’m going through right now, would anyone even want to talk about their breakup?)

She then resolved to post screenshots of Sarmiento’s last text message to her, claiming that the public will not hear anything else from her about the situation to “preserve whatever dignity” she has left.

“By doing this, I only request for some respect for my humanity and privacy now and in the coming months when I fight for my health,” she shared.

In the following screenshot, Sarmiento could be seen telling Aquino that he had “bubble fatigue” — a term used to describe feeling tired of the restrictions that lockdowns and protocols bring — and that he was afraid that his tendency to go out would pose a threat to her health.

“For the past two months, I had enough time to think about things and accepted the fact that ensuring you don’t get COVID is an enormous responsibility,” he said. “On that note, with a heavy heart, I accepted your offer of letting me go. For I cannot in conscience be able to accept that something will happen to you brought about [by] my going out of the bubble.”

“I will always cherish in my heart the happy moments we had together,” he continued. “I do love you, but I guess this is goodbye for your life is of greatest importance given that you have Bimby and Josh to take care of. You will forever be in my heart.”